It’s been years since fans have been collectively requesting Apple to upgrade the base storage model to anything above 16GB. The call has been heard, and 32GB is the new base standard, with the price of the entry-level variant remaining the same.

The iPhone 7 range will be sold in the form of 32GB, 128GB and 256GB models, which is another big surprise, as the 64GB variant is nowhere to be seen. We doubt many will opt for the 256GB variant, but with it Apple has certainly upped the game and raised the eyebrows of other manufacturers. Of course, they still have the one the thing that Apple doesn’t – microSD card slots.

– A fresh and powerful processor as always 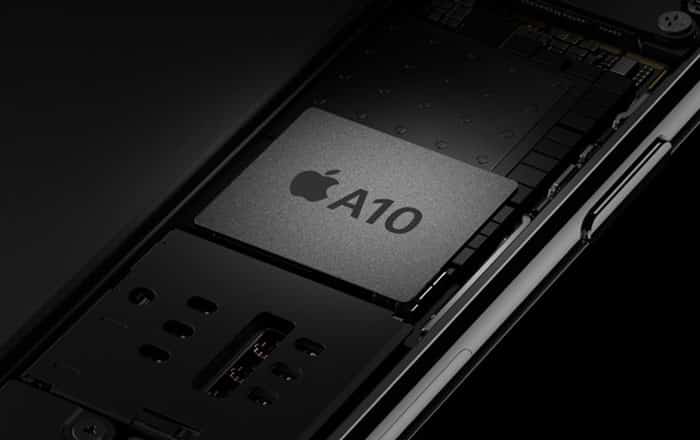 Apple has named its new chip the A10 Fusion. It is the first ever by the company to have a quad core CPU. Now, with the previous-gen dual core CPUs being more than enough for demanding tasks, what will the iPhone 7 models be doing with the two extra cores? They’ll mostly be saving battery life.

Let us explain, the A10 Fusion kicks in two high‑performance cores and two high‑efficiency cores. The former units are capable of running twice as fast as the ones on the iPhone 6, while the high‑efficiency cores are able to run at one-fifth the power of the high‑performance cores, giving the new devices the longest battery life ever in an iPhone.