Apple may have officially announced when exactly the iPhone 7 is coming out, but that still hasn’t stopped the daily onslaught of speculation surrounding the handset. The latest word on the street is that the smartphone will be accompanied by AirPods, offered in a black color variant, and start at around $790. 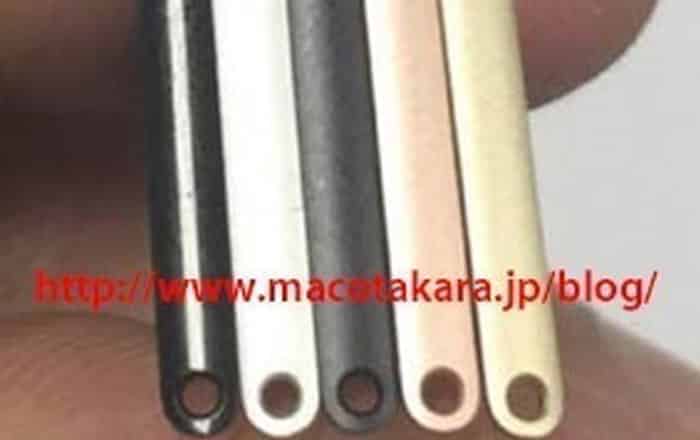 The next interesting nugget of information comes courtesy Russian website Mobiltelefon. The site has dug up 6 regulatory filings published by the Eurasian Economic Commission (EEC). Based on the document, it appears Apple is planning to launch a pair of wireless AirPods headphones to accompany the company’s upcoming handset.

The paper also reveals that there are three additional wire-free headphone models under the Beats brand name. If accurate, the filing could be a strong indication that the iPhone 7 will indeed be headphone jack-less. However, it’s not clear whether the new AirPods will be bundled with the phone or sold separately.

Finally, well-known Japanese blog Macotakara has obtained an image of the iPhone 7’s SIM tray in 5 color variants including the rumored space black version. The shade will supposedly look similar to the 2013 MacBook Pro complete with a glossy finish.