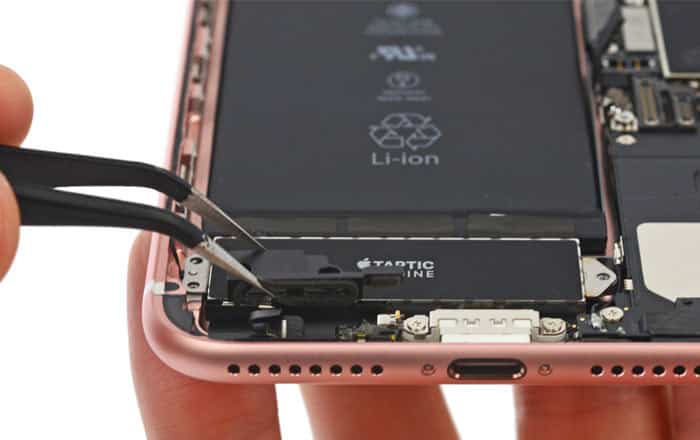 Apple is notorious for holding back when it comes to revealing key specs and details about its iPhones. Thanks to sites like iFixit doing complete teardowns though, people don’t have to wonder what exactly is inside their brand new handset.

The iPhone 7 Plus is an especially interesting device to rip apart since individuals have been wondering what exactly was so important that Apple felt the need to get rid of the headphone jack for it. Unfortunately, the answer is not a second speaker grille as was assumed by many given the presence of a series of dots on the bottom left side of the smartphone.

As it turns out, those holes lead nowhere going by iFixit’s teardown. The component is nothing more than an aesthetic choice, hiding what Apple calls a barometric vent. The hunk of plastic works as a barometer since the added ingress protection makes the iPhone 7 Plus a watertight box. The handset uses the part to equalize the internal and atmospheric pressures to give birth to an accurate altimeter.

Apple had previously told BuzzFeed that the space up for grabs after it eliminated the headphone jack was used up by features like the Taptic engine, larger battery, and more efficient waterproofing. According to iFixit, one of the things that makes the last possible is the glue keeping the phone together, with the site claiming that there’s more adhesive than before.

Other than resolving the mystery of the dearly departed headphone jack, iFixit has also revealed that the iPhone 7 Plus packs 3GB of RAM and a 2900mAh battery. Its investigation is still ongoing, so there may be more interesting tidbits about the handset in the future.