After reports of hissing noises emerging out of iPhone 7 units, users have now begun highlighting two new bugs affecting Apple’s latest series of phones. One concerns the Lightning EarPods, while the other affects cellular connectivity.

Several owners of the iPhone 7 claim that if the screen is switched off for around 5 minutes while the Lightning EarPods and Lightning-to-3.5mm adapter are fixed in, the handset automatically shuts down physical headphone controls. Cases vary, with some asserting that it can happen while music is playing, switched off, or paused during the interval.

Once the problem affects the iPhone 7, users won’t be able to utilize the inline controls for voice calling, playing music, or activating Siri. The common solution to all this appears to be a simple unplug and replug procedure. However, this could prove to be annoying to most people who just want to listen to music without any trouble.

Apple told Business Insider that it’s aware of the unusual bug and has promised to send out a software fix for it sometime soon. It’s also reportedly aware of and investigating the second issue plaguing iPhone 7 users involving connectivity. However, the latter is more hush-hush and has only come out because of internal documents acquired by MacRumors.

According to the site, some iPhone 7 and iPhone 7 Plus units lose cellular service after switching off Airplane Mode. This was even demonstrated in a video which depicted the first next to an iPhone 6S. While the former showcased a No Service message, the latter had two bars of LTE. 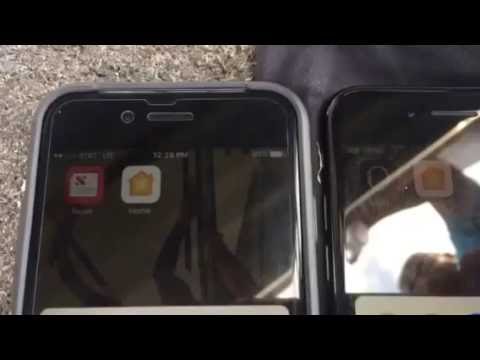 The owner claims he then proceeded to go to the Apple Store where his iPhone 7 was swapped for a new model. The employee who did so supposedly had spotted the problem in previous smartphones as well and replaced the handset as per the company’s policy.

Apple is apparently advising authorized service providers to tell customers to restart their iPhone 7 if they face the issue. If this doesn’t work, they’ll have to remove and re-insert their SIM card. Hopefully it’ll come up with a more permanent solution at some point in the future.