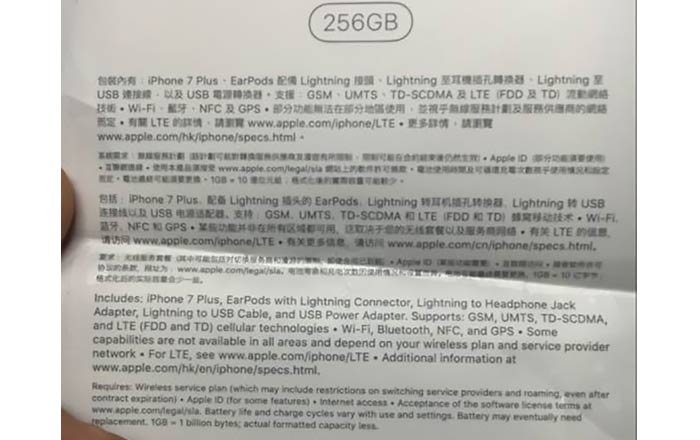 We’re almost at the end of the road when it comes to rumors about the iPhone 7 before the device gets officially launched next week. While a majority of the speculation has got the handset more or less sussed out, there are a few key details which are still up in the air.

One of those is how exactly Apple is going to tackle the iPhone 7’s lack of a headphone jack. Some assert that the manufacturer will ship wireless AirPods, while others claim that it’s planning to launch Lightning EarPods. A new image is now conclusively throwing its weight behind the latter assumption.

The freshly leaked snap appears to be of the packaging insert for the iPhone 7. Based on the photo, the brand is indeed looking to bundle EarPods with Lightning Connector alongside every handset. Intriguingly, the document also appears to confirm that it’ll include a Lightning to 3.5mm Headphone Jack adaptor.

If true, the move would be an unusual one for Apple given its usual style of charging a bomb for separate adapters. It might even serve to mollify angry fans who had assumed that they would have to discard their headphones or purchase expensive accessories to listen to their music.

As for the wireless AirPods, there’s a chance Apple will sell those as a separate purchase instead. The leak also bears out a few other interesting rumors such as the introduction of a 256GB variant. However, there’s no way to tell if the paper is authentic or not since such product sheets are quite easy to fake.