The iPhone 7 has been the subject intense speculation for a while now, with Apple CEO Tim Cook raising expectations sky-high recently with comments on how the handset would offer features users didn’t know they needed. A new set of CAD drawings and a video now shed light on what these features could be.

The freshly leaked renders have surfaced online courtesy a collaboration between serial leakster @onleaks and uSwitch. The former apparently sourced the images from Apple subcontractor Catcher Technology. Note that the blueprints are about 3 to 4 months old and from the company’s January tests, so the final iPhone 7 may look different.

Based on the images, the headphone jack is definitely a goner in both the iPhone 7 and iPhone 7 Plus. This goes against a recent leak which had claimed that the port might just be here to stay after all. If the latest renders prove to be accurate, consumers will probably have to connect their headphones via the Lightning port or wirelessly through Bluetooth.

Anyone looking forward to seeing a new design for the iPhone 7 generation is bound to be disappointed given the fact that the devices look identical to its predecessors, right down to each phone’s dimensions. Notable exceptions in this department include the iPhone 7 Plus’ Smart Connector which is clearly located at the bottom half of its back panel.

Also Read: iPhone to be made in India, may get cheaper locally

It looks like the smaller iPhone 7 isn’t getting blessed with a Smart Connector to differentiate it from its larger sibling. This could also serve to explain why a recent report had alleged that the handset would not be equipped with the technology. Another major difference between the two is in each smartphone’s photography department.

While the iPhone 7 sports a single protruding camera, the iPhone 7 Plus gets the benefit of a dual-lens system. Finally, the source of the news asserts that the phones won’t sport antenna lines on its back panel anymore. Instead, the strips will be shifted to the edge of the handsets. 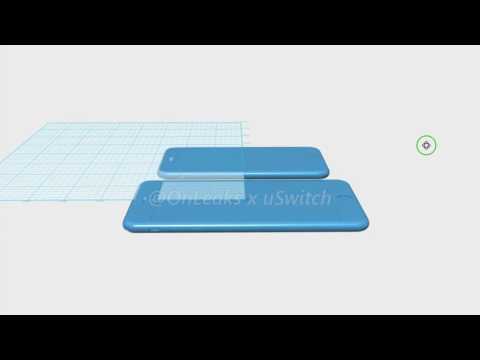