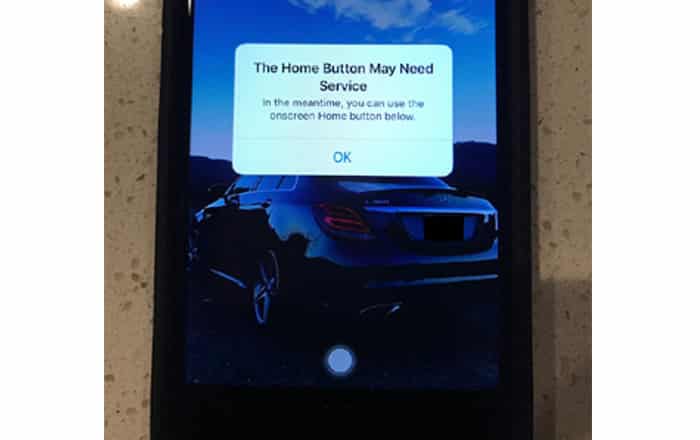 The iPhone 7 created quite a ripple when it came out last month, with most of the attention going to its lack of a headphone jack. However, there was another iPhone stalwart missing from Apple’s latest handset – the physical home button.

Instead of a unit which can actually be pressed and make a clicking sound, the iPhone 7’s ‘solid-state’ button responds to pressure with a haptic vibration which is powered by a new Taptic Engine. The shift probably came about to make sure there are less moving parts which could get damaged.

As it turns out, Apple has a plan up its sleeve if the iPhone 7’s home button stops working. A MacRumors forum member with the handle iwayne found that out when his smartphone’s display suddenly turned itself off while it was being charged. The haptic feedback mechanism proceeded to malfunction after he initiated a restart, firing 3 to 4 times in a row for every press.

His iPhone 7 then displayed a dialog which stated that the home button may need service and he could use the onscreen Home button below. The virtual button in question may not be entirely new though, since a similar one has been present in Apple’s Accessibility functions for a long time now. Dubbed Assistive Touch, the feature is in place for moments when the button or screen stops working.

However, the new pop-up message prevents people from having to manually head to Settings and switch it on, making the process much smoother and more convenient. The feature could also serve as a hint of what’s to come in the iPhone 8. Apple is supposedly planning to integrate the home button directly on the all-glass panel of its next handset.