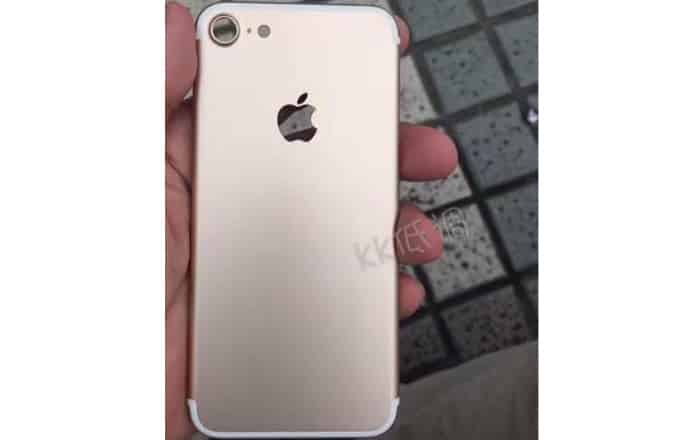 Rumors about the iPhone 7 have been flying in thick and fast in the run up to its expected September launch. While it’s generally tricky to distinguish between fake and authentic information, a new image of the handset could very well be the real thing.

The photo, uploaded by serial leakster Steve Hemmerstoffer, appears to depict the back of the iPhone 7 caught in the wild. It seems to fall in line with previous rumors about the phone, right down to the redesigned antenna lines and bigger camera. There’s a pretty huge camera bump surrounding the lens, disappointing fans who were hoping for a less prominent one.

Speculation so far has suggested that the 4.7-inch iPhone 7 will carry a single camera on its back, while only the Plus or Pro model are set to sport a dual-camera system. Going by this assumption, the freshly leaked live photo is probably of the smaller version. It could very well be an early prototype based on the fact that it doesn’t have the iPhone branding stamped on it.

Moreover, the Apple logo appears to be transparent since one can clearly see fingers through it. While the bottom can’t be seen, there’s a big chance the headphone jack won’t be present in the upcoming handset. However, conflicting reports say the 3.5mm port may just make its way to the device after all.

If nothing else, the new photo gives the impression that the iPhone 7 won’t look that radically different from the iPhone 6 and 6S. This might not go over well with consumers who expect more original thinking from Apple. The company is apparently planning to go through a design overhaul only for its 2017 iPhone.