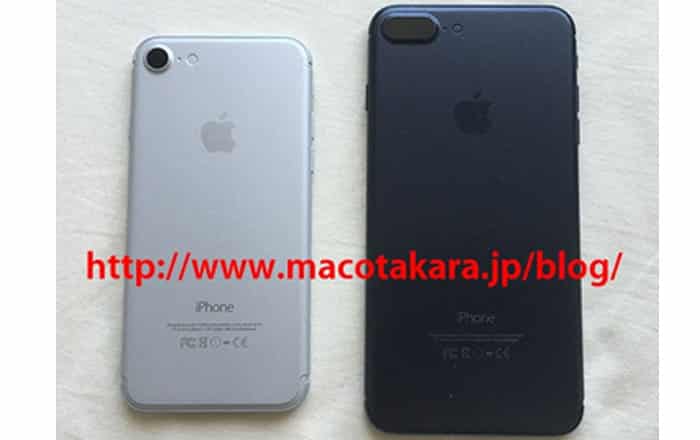 Famed KGI Securities analyst Ming-Chi Kuo has issued a brand new research note on the upcoming iPhone 7 just a few days before its launch. The document confirms a number of details about the handset while adding a few new ones to the list.

First-off, the iPhone 7 will be available in the standard gold, rose gold and silver colors along with not just one, but two new black options dubbed dark black and piano black. The first replaces space gray and the second features a glossy finish. However, supplies of the latter may be limited which means Apple could confine it to bigger storage tiers first.

Speaking of memory, Kuo predicts the iPhone 7 is set to be sold in 32GB, 128GB and 256GB variants. The regular 4.7-inch model might stick to packing 2GB of RAM. On the other hand, the 5.5-inch iPhone 7 Plus could get a boost in that department in the form of 3GB of RAM to better handle the processing power required for the brand new dual-camera system.

The 12MP twin snappers are most likely to steal the show when the iPhone 7 Plus is announced. According to the research note, one lens will serve as a wide-angle camera and the other as a telephoto one. Together, the two could present intriguing new options like light field camera applications and optical zoom abilities.

Apple is also looking to boost the iPhone 7’s low-light skills by equipping it with 4 LEDs (two cool and two warm) for a more accurate True Tone flash. Higher quality photos need a higher quality display to appreciate them properly, which is why the brand is upgrading the smartphone’s panel to resemble that of the 9.7-inch iPad Pro’s wider color gamut screen.

Moving on to one of the most controversial aspects of the iPhone 7, the device is indeed headphone jack-less and will ship with Lightning EarPods complemented by a Lightning to 3.5mm headphone jack adaptor. The company is apparently planning to install a new sensor in the space taken up by the port to improve the handset’s Force Touch user experience.

For those hoping for a second speaker, Apple is hoping to make up for the lack of one by setting up an internal amplifier to boost sound output from the offering’s earpiece receiver, making way for stereo sound. Other top highlights of the report include IPX7 water resistance, a pressure-sensitive non-physical home button, FeliCa NFC support for Japan, and a faster 2.4GHz A10 processor.

Stay tuned for more on the iPhone 7 when it’s officially launched on September 7.