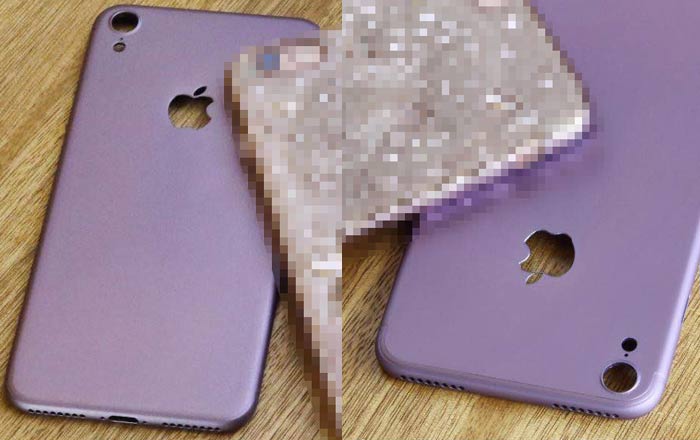 Rumors about the iPhone 7 so far have suggested that the handset is going to largely stick to the design of the previous generation. This notion has now been challenged by the arrival of freshly leaked images which show off a quad-speaker layout and vertical camera module.

The purple case in the photos is apparently based on schematics sourced by an Italian case manufacturer from within Apple’s supply chain. As such, there’s no way to authenticate whether the pictures are the real deal. Nevertheless, they do present an interesting new look at what the company could be doing with the iPhone 7.

Based on the snaps, the iPhone 7 will boast of four speaker grilles, with two on top and two on the bottom. This comes across as highly unusual, especially given the fact that previous generations have sported only one. However, this might be a case of Apple borrowing ideas from its iPad Pro lineup.

The tablet series also offers a quad-speaker setup on each corner. Of course, this system makes more sense for a slate than a phone which has limited real estate. The new additions also explain away the need to get rid of the 3.5mm headphone jack.

Another out of the ordinary sighting is the iPhone 7 case’s camera module. Instead of placing the lens, microphone and flash units horizontally, the latter two have been shifted below the shooter. Again, this vertical alignment has been implemented by Apple in the 9.7-inch iPad Pro.

Previous rumors have notably indicated that Apple is going to add a Smart Connector to the iPhone 7 Plus, another iPad hallmark. A recent leak also let slip that the brand was thinking of implementing 16GB, 64GB and 256GB storage variants for the upcoming handsets.

If true, then Apple will be skipping over a 128GB version of the iPhone 7 altogether while frustratingly sticking to the minimum 16GB model.