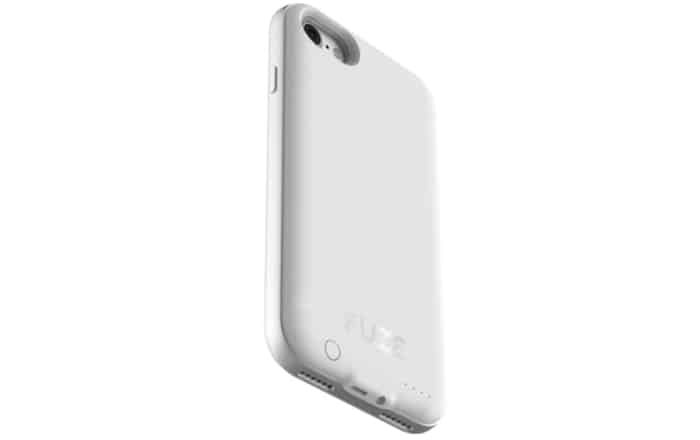 Apple’s axing of the 3.5mm headphone jack in the iPhone 7 has prompted a wide range of positive and negative reactions. Third-party firms are now trying their best to appeal to the latter crowd by coming up with ways to make the transition a bit easier.

One such company is Actual Innovation. The brand has announced a new product called Fuze Case which features an integrated Lightning to 3.5mm audio jack adapter. The innovative item is currently the subject of an Indiegogo campaign which needs $60000 to achieve its goal.

The Fuze Case not only lets users power their iPhone 7 and listen to music at the same time, it also acts as a battery pack. The iPhone 7 model offers 2400mAh of battery power and the iPhone 7 Plus one serves up 3600mAh. The company is also touting the fact that the cover is made out of TPU and ABS plastic, just like Apple’s own battery cases.

Actual Innovation further claims that the accessory provides scratch and shock protection. While the product does add a considerable amount of bulk to the slim iPhone 7, it’s nowhere near how thick Apple’s aforementioned case is. It might just be the neatest solution to the headphone jack dilemma without involving dongles or adapters.