When Apple unveiled the iPhone 6 range, as much as fans were pleased to see a 128GB model, they were disappointed that the base variant had gone for 16GB of storage instead of 32GB. The company it seems has learned nothing from this, and has decided to offer the same amount of storage with the base model of the iPhone 6S as well.

This has been hinted by the leak of an apparent prototype of the iPhone 6S logic board. A Toshiba Flash Memory chip bearing just 16GB of capacity and built with a 19nm production process has been found resting on it.

As noted by 9to5Mac, there is a possibility of Apple just using this flash storage option for testing purposes. The company has done such a thing in the past, but it was only recently that senior VP Phil Schiller hailed the 16GB option to still be suitable for many users owing to cloud-based services like iCloud and Apple Music, apart from iOS 9’s improved memory management. 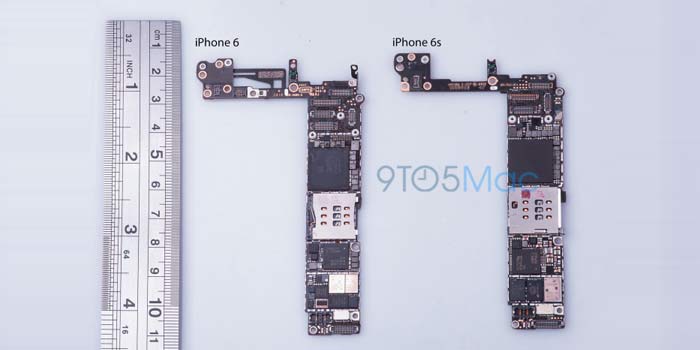 The design of the iPhone 6S is not expected to undergo any changes over the iPhone 6. This means all the accessories of the previous-gen device will be compatible with the new handset.

Details about the specifications of this upcoming iPhone are pretty slim at the moment, but we had indeed learned about some important features that will form part of its offerings. These include a Force Touch display, an improved camera and a faster LTE chip.

September is the month in which the iPhone 6S is expected to be unveiled by Apple, and we’re sure more leaks and rumors will keep pouring in until then. So, fans better stay tuned.