These units will moreover be accompanied by 5 element lenses to enhance their offerings. These parts for the iPhone 6S range have reportedly entered production already, which is great news as that means that the speculated September 9 unveiling date of the two devices could very well be true.

Business Insider has cited a supply chain source while revealing these details about the new iPhone cameras. The publisher has also disclosed that Apple has ordered the production of 6 element lenses for the iPhone 7 which is to be released next year. 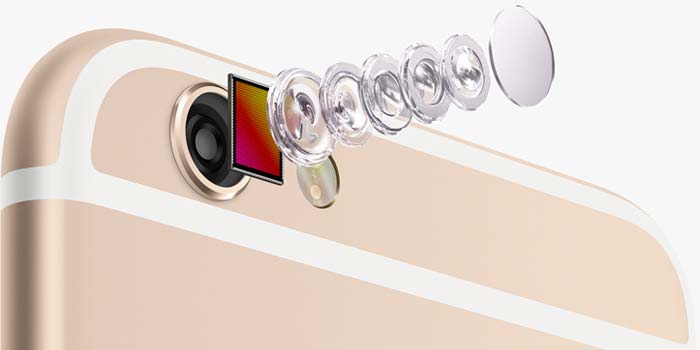 Inside a 5 element lens, every particular element actually acts as a normal lens. But they work together in order to facilitate more detailed images and videos. Moreover, such an assembly also contributes towards boosting the low light performance of these cameras.

Also Read: Apple will replace your faulty iPhone 6 Plus iSight camera for free

The iPhone 6S range is expected to come with a Force Touch display which provides a unique touch feedback while also being sensitive to the amount of force you apply to the screen. An updated A9X quad core processor will probably be powering the two devices which are rumored to be accompanied by a third iPhone 6c model featuring a traditionally small display.

The rumor mills are churning fast with news regarding the iPhone 6S range. We’ll have more on these forthcoming Apple devices when additional details are out in the open. Better stay tuned.