iPhone 6’s 5.5-inch version to enter production this September along with new iPads

Apple’s foray into the phablet arena will be facilitated by an iPhone 6 model which will have its display sized at 5.5 inches and we’re hearing news that this device will enter production this September along with the iPad Air 2 and even the next iPad mini for that matter. Now this means that it will be missing the event planned for the same month which will see the unveiling of the 4.7-inch variant of the handset.

This is being suggested by reports from the Chinese media which have been cited by G4Games. Since a long time, we’ve been hearing talks about the 5.5-inch variant having been slated for a later launch than its 4.7-inch cousin, and this revelation supports that theory. 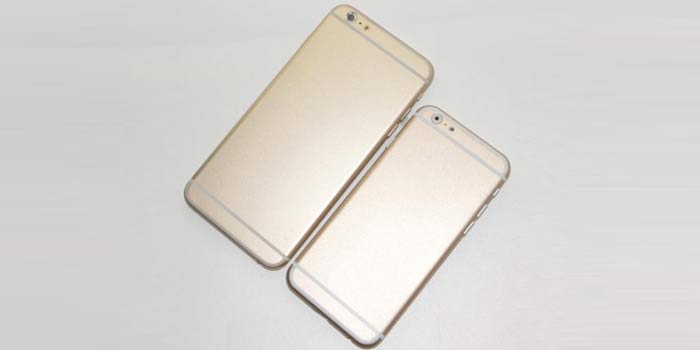 Apple would be holding two big events this year. While one will only have the 4.7-inch iPhone 6 as its main highlight, the other will see the 5.5-inch phablet version, the iPad Air 2 and the third-gen iPad mini getting showcased.

Also Read: iPhone 6 with Apple logo that lights up when you get a text? Sounds cool enough alright

Rumors related to the next big Apple smartphone are continuing to arrive on a daily basis, and it’s hard to keep track of all of them. Last we heard about the device, there was word that it will be unveiled in mid-September but the company is apparently still undecided on the date.

Apart from a bigger display than all its previous iterations, the iPhone 6 will supposedly kick in an improved camera, a faster processor, an enhanced fingerprint scanner and of course, the iOS 8 platform which should also reach other compatible devices later this year.