Rumors about the iPhone 7 actually being called the iPhone 6 SE or 6SE got a shot in the arm today thanks to two new leaks out of China. One apparently features the retail box of the upcoming handset and the other its Geekbench score, neatly covering the smartphone’s exterior and interior parts.

Starting off with the images of its packaging, the box and papers in question suggest Apple’s new devices will go by the moniker iPhone 6 SE and iPhone 6 SE Plus. To recall, earlier speculation had pinned down the name iPhone 6SE for the phone. The former makes little sense given that it implies the handset is an upgrade for the iPhone 6 and not the 6S.

Furthermore, the photos themselves are highly questionable since key specs which could have helped authenticate them as the real deal have been blocked. There’s a good chance these snaps are in fact fake and could possibly be the result of some high-quality photoshopping. 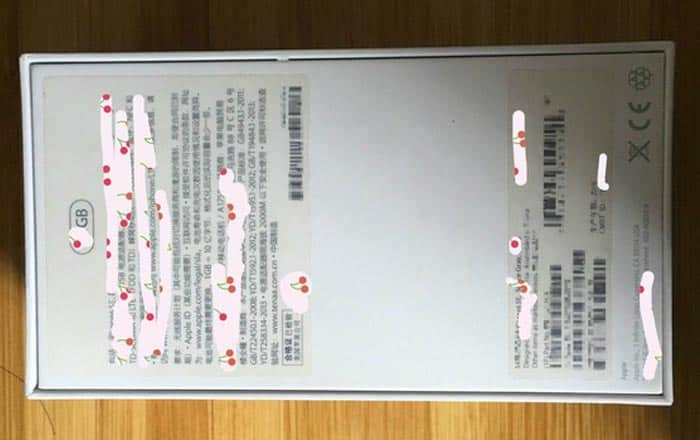 The second leak is less likely to be a hoax, though again there’s no way to guarantee its legitimacy. It appears to showcase the iPhone 6 SE’s Geekbench score. Based on the picture, the smartphone managed to attain 3042 in its single-core test and 5210 in its multi-core one.

According to GSMArena, these numbers are higher than the iPhone 6S’ 2542 and 4457 score in the corresponding tests. The upcoming iPhone is expected to run Apple’s latest A10 processor, which may explain why there’s such a huge leap in performance. 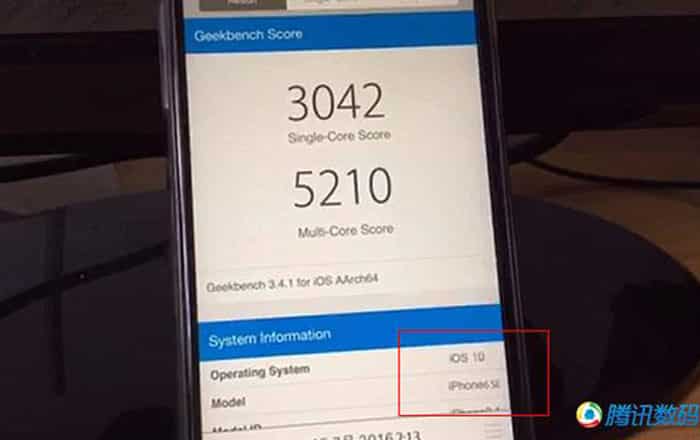 Other interesting tidbits gathered from the leak include the presence of True Tone display technology and dual rear cameras. While previous rumors had suggested the device’s module would go for a Huawei P9-like monochrome+color setup, the new report hints that it may in fact be adopting a LG G5-like system where the lenses possess different focal lengths.

The report also claims that Apple is going to continue selling the iPhone 6S after launching the iPhone 6 SE, though it will only vend the silver and gray color models of the handset in order to keep the gold and rose gold options exclusive to its latest offering.