Just like any other Apple device, the iPhone 6 too is being subjected to intense scrutiny even when practically nothing about it has been said by its maker. The story continues today with the alleged leak of the motherboard which will form part of the immensely anticipated handset.

Around the time of 2010, Android phones began being equipped with NFC, with the Samsung Nexus S having started the trend. However, Apple has over the years refused to adopt this technology for reasons unknown. That could change this time around, as there’s evidence about an NFC slot forming part of the iPhone 6 motherboard. 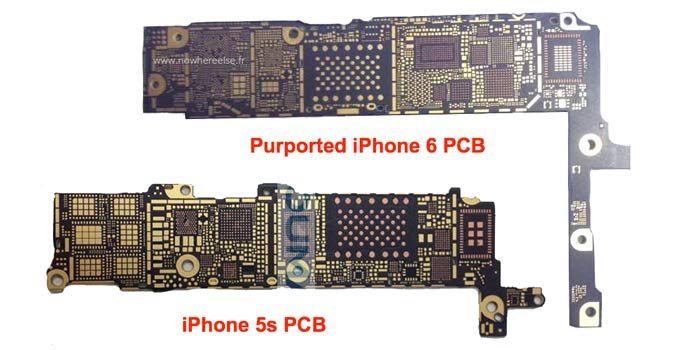 NFC can be used for transfer of content and quick actions, but one of the most tempting uses of it for Apple will be facilitating payments by just tapping the devices on checkout counters a la Google Wallet. It’s hence that there is a possibility of tap and pay purchases forming part of the new handset.

The motherboard which has been leaked by reliable French site, NoWhereElse, has also been revealed to possess a slot for Wi-Fi 802.11ac. This is a comparatively faster version of the wireless technology that we’ve seen on various MacBook models in the past. 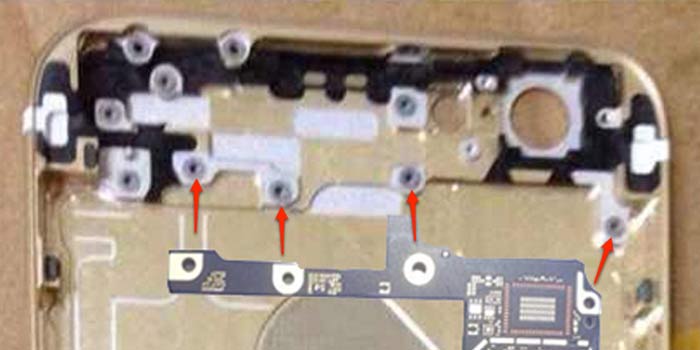 It should be noted that just because their slots are present on the motherboard doesn’t mean that these components will be included on the new iPhone 6, but if it has been built that way, Apple wouldn’t want to let their occupied space go to waste. Another thing worth noticing is that screw slots on the leaked motherboard align with those of the previously leaked case designs.