iPhone 6 and iPhone 6 Plus are official at last, here’s a full breakdown of what’s new

The long-awaited Apple event in Cupertino saw the unveiling of not one, but two new iPhone 6 models which was a bit of a surprise since we were expecting the larger variant to have been slated for a December launch. But both the new device and larger Plus model are here nonetheless with an attractive array of fresh specs.

Let’s first look at the features of the new Apple smartphone with a 4.7-inch LCD Retina HD panel. This display grabs a resolution of 750 x 1334 pixels, pushing its pixel density count up to 326ppi. It retains the fingerprint scanner of the 5S, but takes its design cues from the iPad Air. 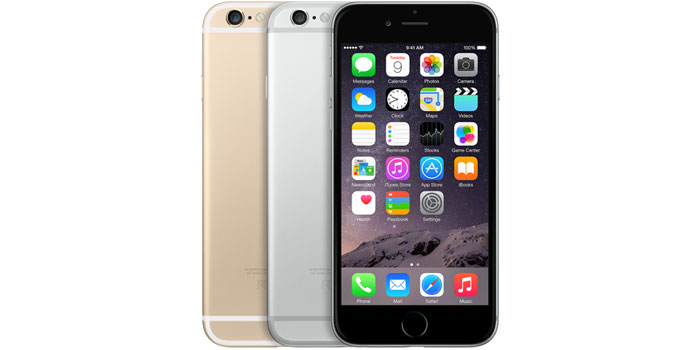 The iPhone 6 handset’s body is made from anodized aluminum and stainless steel, and it’s pretty slim at 6.9mm. Inside the device, a new A8 chipset toils with its 64-bit CPU and M8 motion coprocessor to grant 25 percent more processing power and 50 percent more GPU strength. 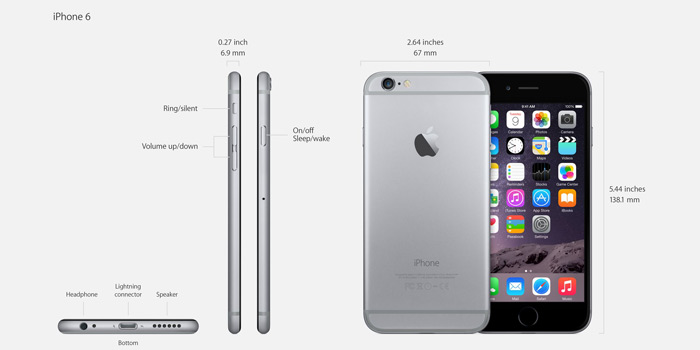 Coming to the camera, the unit is still an 8MP iSight one with a 1.5µ pixel count, but there’s phase detection autofocus onboard, aside from an f/2.2 aperture. While normal videos can be shot at 1080p full HD, even 60fps clippings can be captured at the same resolution, as opposed to the previous iPhone’s 720p cap. And that’s not all, this smartphone will allow its users to record slo-mo videos with 120fps and 240fps speeds, albeit at lower resolutions.

Apple has promised up to 14 hours of battery backup on the iPhone 6, and it has revealed that the Wi-Fi 802.11ac standard is supported by it, offering three times faster Wi-Fi speeds. A big addition is NFC compatibility for the company’s new Apple Pay system that allows wireless payments using the security of the fingerprint scanner.

Breaking its conventions, the Cupertino giant has gone for a phablet design with its new Plus model. As rumored, this handset bags a 5.5-inch display which bears 1080p full HD resolution on its Retina HD panel (401ppi). With such a large device, Apple has actually contradicted its old standards, but this change was asking to happen owing to the dominance of Samsung and other players in the phablet market. 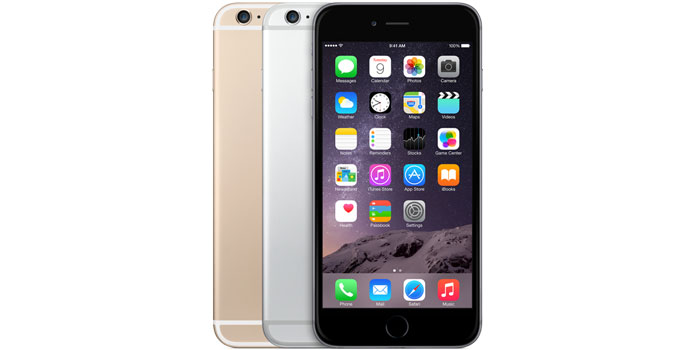 It isn’t much different from its 4-7-inch model as it kicks in almost the same components as those of its small brother. So there’s the trusty fingerprint scanner, a 64-bit A8 chip with its fresh M8 coprocessor, NFC with Apple Pay support, refreshed Wi-Fi and more. And although it also carries the same 8MP iSight camera, there’s a slight upgrade onboard in the form of Optical Image Stabilization. 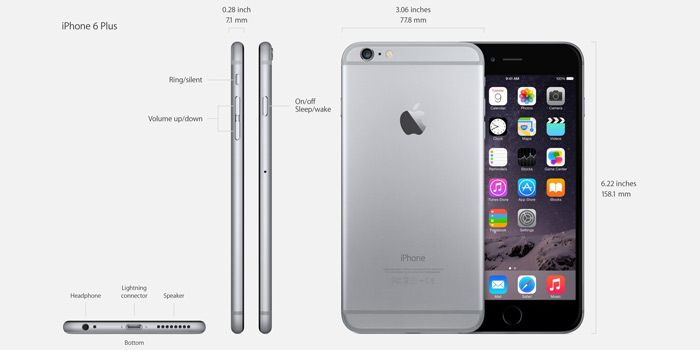 Apple has abandoned the 32GB storage size and has gone for 16GB, 64GB and 128GB models on both the iPhone 6 variants. You’ll still get the trusty old EarPods along with the devices, and iOS 8 will come pre-installed on them. You can purchase colorful cases for both the models in leather or silicon effects.

Apple India has disclosed that both the iPhone 6 as well as the iPhone 6 Plus will be hitting India on October 17, but their pricing remains a mystery as of now.