Many new rumors about the iPhone 6 keep popping up every now and then, and here’s one more interesting bit that has come to the fore. The upcoming Apple device which we know will be launched in 4.7-inch and 5.5-inch variants will feature a 128GB model for buyers with immense storage needs.

This apparently also means doom for the 32GB iPhone 6. A Weibo account spotted by GSM Arena has leaked out an internal technical document which shows details about the NAND flash modules to be used for the iPhone 6. It reveals that 16GB NAND flash chips will be made for the device by both Toshiba and Hynix, whereas the latter along with SanDisk will be responsible for 64GB NAND chips. 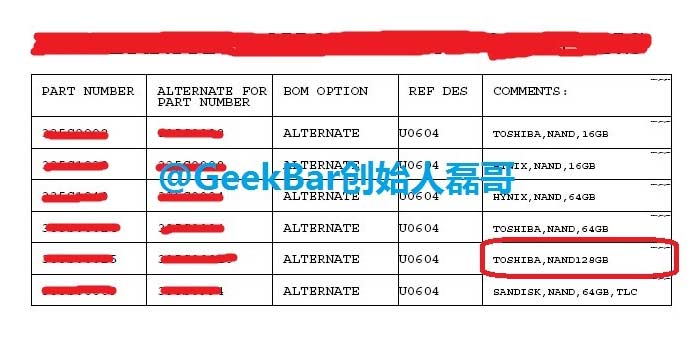 But the largest module among the all, the 128GB one will be provided by Toshiba, according to the document. This means while the 16GB iPhone 6 will remain the base version of the iPhone 6 like its predecessors, the 32GB variant will be replaced by the 64GB model, while the 128GB device will take the place of the 64GB variant. Pricing is hence, not expected to be affected by this change.

The 4.7-inch version of the iPhone 6 smartphone is supposed to arrive sometime this September, whereas a larger 5.5-inch model of it is slated to be released late this year as well. Better cameras, faster processors, changed button placements, durable display coatings and a lot more will apparently form part of the new devices.

The iPhone 6 will be the first time Apple will be breaking the 4-inch barrier for the display size on its smartphones. Let’s see how this new approach of the company goes.