If a report is to believed then sales of the iPhone 6 in the US are going pretty good as compared to those of its 6 Plus cousin, as the former is beating the latter by a 3-to-1 margin in this department. This indicates that despite the market’s heavy leaning towards the phablet fad, Apple fans still prefer to go for normal-sized 4.7-inch screens.

This information comes from a sales breakdown done by Consumer Intelligence Research Partners which scrutinizes the devices’ performance during the first one month of their availability in the US. According to Apple Insider, analyst Steven Milunovich of UBS has summarized this data, and has said that the iPhone 6 managed to account for 68 percent of all iPhone sales, while the 6 Plus variant contributed to around 23 and 24 percent. 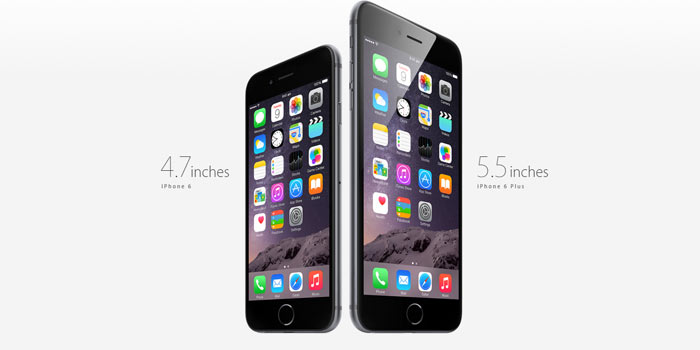 This means, the two newest entrants into Apple’s smartphone repertoire together represented about 91 to 92 percent of total iPhone sales during the first month of their availability. The remaining 8 to 9 percent are of course accounted for by previous-gen 5S and 5C models.

Also Read: iPhone 6 gets embroiled in ‘hairgate’ controversy now, is it for real or is it just a farce?

There’s also an indication of a greater adoption rate of newer handsets, as last year had seen the 5S and 5C models representing about 84 percent of total iPhone sales after one month. Customers are hence now clearly more interested in the latest iPhone models than the old ones.

Equipped with highly upgraded offerings, the iPhone 6 and iPhone 6 Plus were released by Apple this September, and have proved to be quite successful for the company despite an early blow to their image due to a controversy. They are available now in more than 70 countries worldwide.