Those inevitable iPhone leaks that usually begin at this time of the year have kicked off, with the iPhone 6 in its 5.5-inch and 4.7-inch avatars being the latest sneak peeks to break cover. If the photos are real, then it’s true that Apple has indeed gone for a curvier back panel on its upcoming handset.

We’re not sure if we like the softer design though. Published by TK Tech News, the images and video apparently come straight from the Staples Center sports arena in Downtown Los Angeles and you can hear cheering in the background of the noisy clip. The 5.5-inch iPhone 6 is reportedly larger than the HTC One Max which incidentally has a 5.9-inch screen. 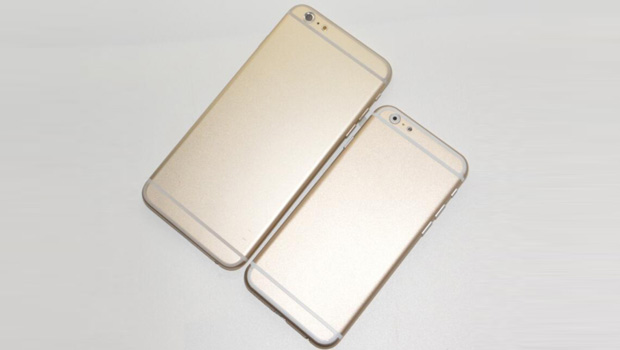 While the video we’ve posted below only shows the front panel of the Apple smartphone in white, there’s also a picture of the rear casing in the now unavoidable shade of pale gold. Earlier this week, Taiwanese pop star Jimmy Lin, leaked images of the 4.7-inch iPhone 6 placed beside the iPhone 5S.

According to Lin, the device offers a good grip in spite of the fact that it can be tricky to hold onto sometimes due to the material from which it’s made. And even before this story broke cover, we saw photos of the iPhone 6’s back cover with a cutout for the Apple logo, courtesy of Nowhereelse.fr. 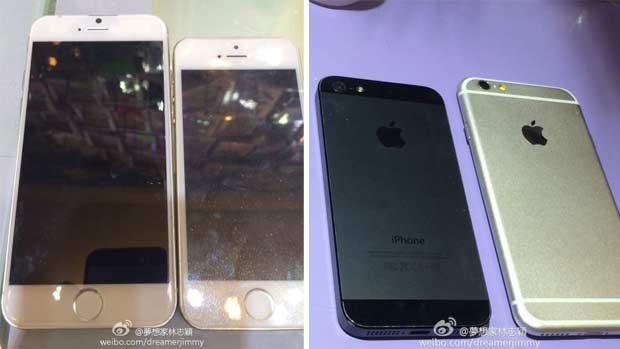 There’s hardly anything to be getting on with in terms of the forthcoming smartphone’s specs since Apple is being as secretive as ever about them. But if you consider the leap in size from a 4-inch display to a 4.7-inch and/or 5.5-inch one, the new handset will deliver more than just an incremental update to the iPhone 5S.

The last mentioned already has a powerful A7 processor built on 64-bit architecture, and the M7 co-processor. We’re hoping Apple will pack in 2K resolution to ensure that the bigger touchscreen looks impressive. It’ll be interesting to see how the battery in the iPhone 6 will perform with the large display in tow. 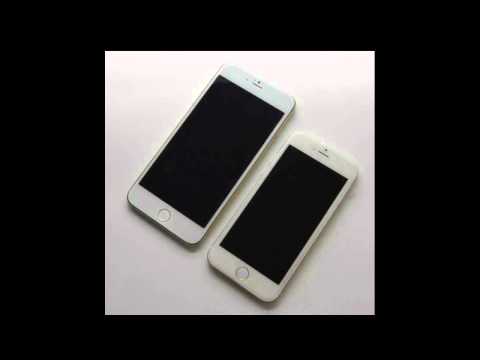