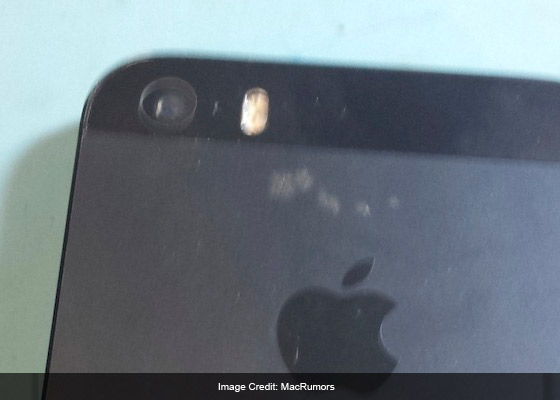 We’re close to that time of year when Apple decides to release a new iOS smartphone and iPhone 5S image leaks will be coming at us frequently. According to the latest, an overhaul of the interiors and not of the appearance is on the menu. Nothing to revolutionary see, carry on Android fanatics with a distaste for everything Apple.

As for those who are eagerly awaiting the iPhone 5S, the folks at MacRumors have got their hands on a couple of photos of the next generation iOS handset. The picture of its internals shows a narrower logic board that features some of the components pasted on in a reworked layout. There is no mention of the chip name, although it’s also possible that this was removed (for whatever reason). So we don’t know if the A6 processor or another one will make its way into the rumored device.

The markings on the chip apparently indicate that it was produced in October last year. There could be more than one logical conclusion here. It may be an early build of the iPhone 5S running an A6 CPU. Alternately, it could be a different chip altogether. If we stretch it, we may also be looking at a discarded prototype of the current generation Apple smartphone, something the company planned to surprise us with before the usual year of waiting was up.

Another major detail which could be gleaned by inspecting the innards is a higher capacity battery of 5.92Whr as pitted against the present 5.45Whr one. One of the highlights of this story is the dual LED flash cutout on the back panel of iPhone 5S. It’s not the first time we’re seeing a pill-shaped hole for the flash component. Only two days ago, Apple Insider had let loose an unnamed case manufacturer’s drawings of the handset as well as its much talked about cheaper brother. 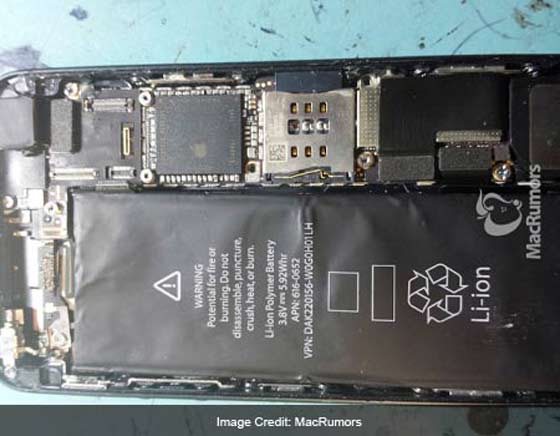 Yes, whispers about an inexpensive version of the iPhone 5S have also reached town. It will supposedly arrive with a plastic exterior and in various color options. As for the standard aluminum-finished device that’s expected to be launched soon, there were talks about a gold hued version in the works. There were scandalous hints about Apple having ditched black for the new shade. If the photos are real, that’s one less worry, iOS fans.