The blue screen of death (BSOD) is one of the most feared errors on Windows PCs and it looks like iPhone 5S owners have joined in on the nightmare. Various complaints on Apple’s support forums note that the handset has fallen victim to random reboots which take place right after the screen goes blue for a second or two.

According to The Verge, only iPhone 5S models are affected by the issue and Apple’s iWork apps are said to be the culprit. The BSOD and reboot only happen when users try to multitask from the applications, while others have also cited that the phone restarts randomly during normal use. You can check out the bug in the video embedded below. 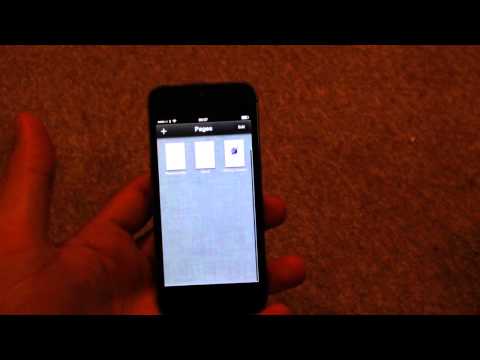 Apple is yet to comment on the problem, nevertheless there is a way to avoid the issue. Turning off iCloud syncing for certain applications such as Pages, Keynote, and Numbers, is said to resolve the problem. The company recently rolled out iOS 7.0.2 to address the lock-screen bypass bug, but it seems to have caused more problems for the latest flagship.

A report last week highlighted that the iPhone 5S is also suffering from the same ‘twisting’ issue seen in its predecessor where the phone’s body can be easily bent. Just last month, many users who had downloaded iOS 7 were complaining about motion sickness, headaches, nausea and vertigo. The zooming and shifting parallax effects available in the new platform were the cause of the issues and while the latter can be disabled, the former doesn’t come with an off switch.

Apple has a lot of tweaking to do in iOS 7 and the BSOD bug is just the tip of the iceberg.

Facebook
Twitter
Pinterest
Linkedin
ReddIt
Tumblr
Flip
Previous article
CaseCollage application helps you fill up those circles in iPhone 5C cases
Next article
iPhone 5S and 5C get priced for India, Reliance and Airtel set to offer it next month