November 1 is expected to be the date on which Apple’s newest beauties, the iPhone 5S and 5C will be descending into Indian markets, and we finally have details regarding the price tags they will be carrying along with them. Reliance and Airtel will both be offering the devices in their 16GB forms at Rs 53,500 (5S) and Rs 41,900 (5C). 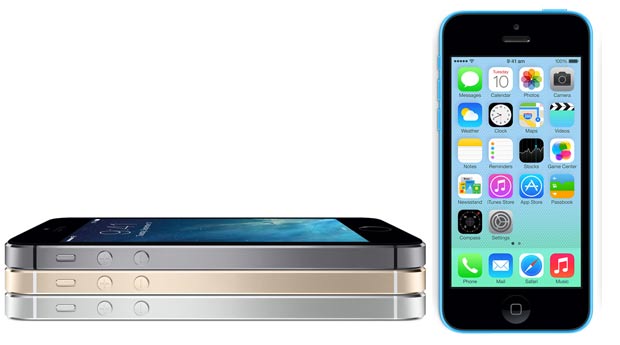 Upon their initial launches, both these devices were made available only in eleven countries including the US, UK, Canada, Hong Kong, Japan, China and more. October 25 will see them hitting nations like Italy, Russia, Spain and more, whereas November 1 will see them finally landing in India and eleven other countries.

The iPhone 5S is highlighted by its A7 chip which bears a 64-bit architecture, and is accompanied by an M7 motion coprocessor. A 4-inch Retina display rests atop its front surface, granting a resolution of 1136 x 640 pixels. An enhanced 8MP rear camera finds its way into the device as well, apart from a 1.2MP FaceTime snapper and other advanced specifications. Its home button houses on it a fingerprint scanner for proffering added security.

The iPhone 5C on the other hand, does not kick in the fingerprint scanner or the A7 chip. It runs on an A6 chip, and is housed inside a plastic body which is available in a variety of colors. This device too bears a 4-inch Retina display, an 8MP shooter, a 1.2MP front camera and more.

We’ll have more on the iPhone 5S and 5C when additional details regarding their Indian launches are out in the open.