iPhone 5S in 24-karat gold costs $3260 and above, because good taste is cheaper

Apple’s gold iPhone 5S is apparently not gold enough for some. So we were expecting to see the usual suspects adding a 24-karat coat of bling to it. Gold Genie as well as Gold & Co. London are selling the handset in 24-karat gold, rose gold and platinum choices.

Gold Genie has five different designs in the three metal options, each gaudier than the previous one. First comes the plainest edition which has gold or platinum on the frame and middle portion of the rear panel. The band running along the top and bottom part of the back plate can be ordered in white or black. 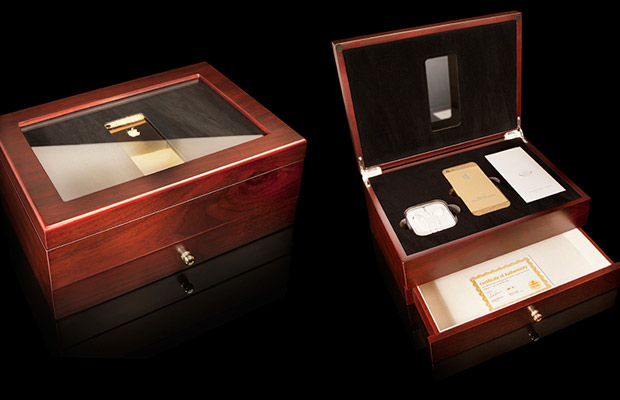 The Elite edition has metal covering everything but the front panel. Want the bezel only glittering with Swarovski crystals and the rest of the phone in gold or platinum? You can have that too. Maybe the Apple logo needs a sprinkling of stones or the bezel, logo as well as top and bottom sections would look good in that?

You can check out the full array of garish iPhones here. The company ships these handsets to customers in a cherry oak box which also contains the usual stuff likes the Apple EarPods, charger and more. If you already have an iPhone you wish to jazz up, even that is available as an option. 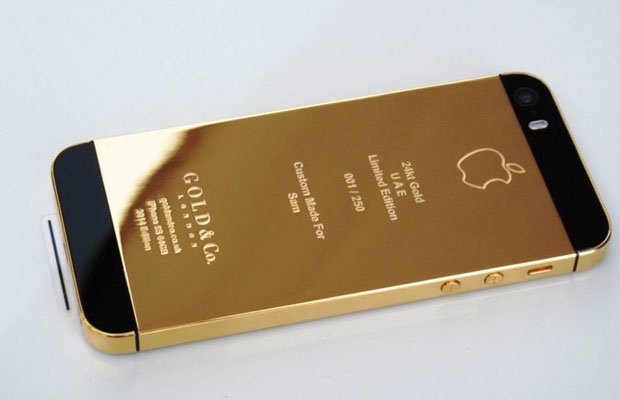 Gold & Co. London is offering the luxury smartphone in the three choices of metal mentioned above. Out of these, the plain old gold one is perhaps the harshest on the eyes. We’re not sure of the price yet, but the company has its outlets in Hong Kong, Moscow, India and Dubai.

Who cares for the pricing when it’s Apple, right?

Facebook
Twitter
Pinterest
Linkedin
ReddIt
Tumblr
Flip
Previous article
Does iOS 7 make you sick? Well, there isn’t much you can do about it (Video)
Next article
Virgin Mobile offers $100 discount on contract-free iPhone 5S and 5C in the US