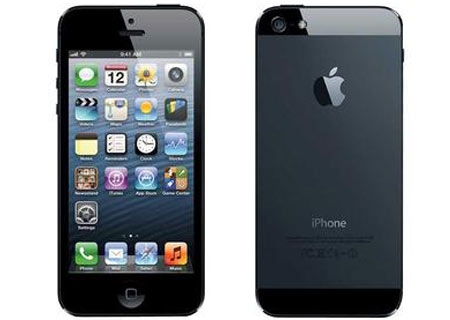 The sixth generation iPhone doesn’t follow the same design philosophy as the 4 and 4S. This version is taller, slimmer and faster than its predecessors. In terms of dimensions, it measures 123.8mm x 58.6mm x 7.6mm and weighs no more than 112 grams. Visuals are delivered through a 4-inch Retina display with an 800:1 contrast ratio and a 1136 x 640p resolution. Powering up the handset is the latest A6 CPU.

The device was previously speculated to debut in the country on October 26. Well, that date has long passed and it was towards the end of last month that the company provided some official details on the handset’s launch. Numerous retailers have already started to offer the phone and some are even charging a premium. For instance, a few listings on eBay have tagged the 32GB and 64GB versions at above Rs. 91,000 and Rs. 109,990, respectively, while Rediff is charging Rs. 78,990 for the 32GB option and Rs. 89,990 for the 64GB one.