iPhone 5 might just be 15% thinner, less than 8mm thick 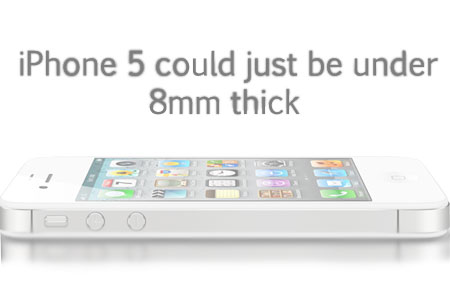 With a wide number of manufacturers churning out Android-powered devices with sleek form factors, it seems that Apple’s on its toes to get the iPhone 5 slimmer. Well, that’s based on rumors. But according to a report published by analyst Ming-Chi Kuo from KGI Securities, the guys over at Cupertino should be able to fit all components within a profile under 8mm of thickness.

To do so, Apple would apparently have to make a switch from the current glass-on-glass technique to the in-cell touch panel technology. The iPhone 4S presently measures at around 9.3mm in thickness. And if the company plans on employing the new display design, approximately 0.44mm of depth could be wiped off.

This method is said to embed the touch sensor within the TFT LCD, which eliminates the need of maintaining separate touch sensor and adhesive layers, resulting in a sleeker design. Besides this, the size of the next iPhone can be made even smaller by incorporating a thinner battery and adopting a metal rear panel instead of the present glass coating. This can apparently slim down the device to an additional 0.96mm. A total width of around 7.90mm is what the analyst says the upcoming iOS smartphone could measure. 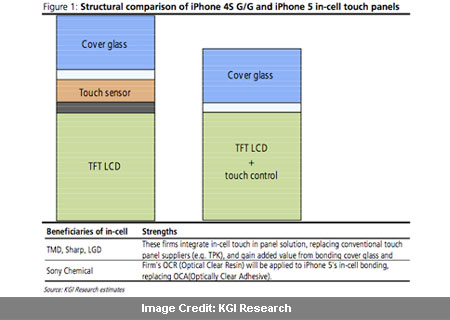 These adoptions can not only be beneficial to users, but also to Apple on a large scale. Another possible reason behind the switch could be due to improvements in the production process and lesser costs the in-cell touch panel technology is likely produce. This should even reduce the number of days required to churn out an iPhone to as low as 3 or 5.

Based on details provided by Kuo, AppleInsider reports that the iPhone 5 or whatever Apple plans on calling it, is most likely to launch sometime during the third quarter of 2012.