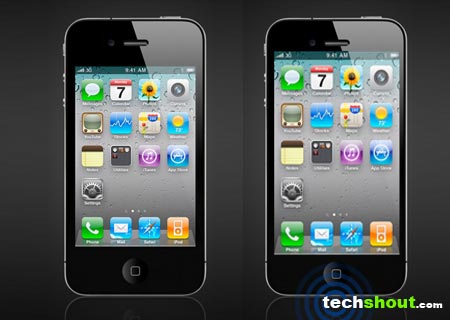 Speculations over iPhone 5 features have seen no end over the past months and we’re about to update you with the latest rumors that have hit the scene. As always, Cupertino intends on keeping its secrets hidden till the very end, that’s unless a careless employee messes up in the bargain. So what are we looking at basically? Picture an iPhone with a larger display, sleeker looks and much more powerful than any mobile device rolled out from Apple till date. We’ve got a more detailed breakdown on each possible component that’s likely to be highlighted on the next iPhone.

The iPhone franchise from Apple has gone through various changes and overhauls over the 5 years of its existence, but one thing still persists on all variants till date. Yes, we’re referring to the capacitive touchscreen which measures 3.5 inches diagonally. Well, that’s likely to change in the upcoming iPhone version. Current reports state that Apple is testing multiple handsets with bigger screens. Codenamed N41AP (5,1) and N42AP (5,2), these prototypes are in the PreEVT stage of development and carry relatively larger displays than previous iPhone generations, with a 16:9 aspect ratio.

As various sources claim, Apple’s next smartphone should arrive bearing a larger display which supposedly stretches up to 3.9 inches, proffering a 640 x 1136 pixel resolution. So Cupertino seems to have its aim set at a 0.4-inch wider screen and a higher pixel count. But is it enough to counter today’s competition of HD displays? The new iPad on the other hand, has made its mark as the first tablet to employ a full HD touchscreen. So why not have the same as one the new iPhone features? 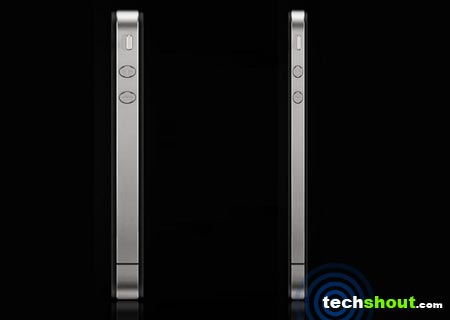 A fresh design and a slimmer profile:

Just like the iPhone 3G and 3GS, the iPhone 4 and 4S are identical in design. So this brings us to the question – Will the iPhone 5 look like its predecessors or flaunt a form factor no iPhone has been dressed in till date? We’ve got our hopes on the latter, so have many others. BGR, relying on a close source, states that Apple plans on using a rubber- or plastic-like material to craft out the bezel surrounding the device’s front edges, a similar look to that of the iPhone 3GS. The main purposes of the material are to hold together the aluminum rear panel with the rest of the handset and place itself as a cover of various antennas.

The guys over at 9to5Mac have a similar tale to tell. However, their version of the latest iPhone features a form factor that highly resembles its predecessors. The only noticeable differences pointed out are the materials used and screen size. While some speculate the device to house a curved metal back, this report apparently sides with a flat metal back panel. A liquid metal form factor could also be amongst the possibilities.

Two could be wrong, but when there’s a third source having a comparable story of sorts, there’s a high probability of them being on the right track. If the report published by iLounge is to be believed, the new iPhone should be longer, with a touchscreen sized at around 4 inches. These guys in particular speculate that the handset should be partially crafted from Corning Gorilla Glass 2, maintaining the same thickness as its predecessor with enhanced durability. Most rumors point out that the device will maintain its current width, but feature an increase in height. So that’s approximately 25mm x 58.5mm x 7.4mm in terms of dimensions, based on the report. 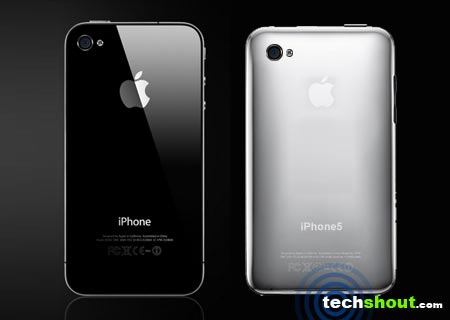 More on the prototypes that we’ve previously mentioned, each device is said to possess a home button and a smaller dock connector. Rumored to be between the size of a micro-USB and mini-USB port, the port should look like a narrowed-down version of the conventional Apple dock. According to certain rumors, the connector could be a tad larger as compared to the current speaker on the lower end. It might even come with a 16-pin interface instead of the 30-pin one presently in use.

Enough of design – it’s time we focus on the main driving components that are likely to be employed under the hood. Based on findings derived by 9to5Mac, a prototype of the new iPhone features none other than the Apple A5X SOC. This apparently, is a variant of the processor put to work in the new iPad. Labeled as the N96, the device is fitted with 1GB of RAM. If you were to ask us, the quad core Apple A6 SOC might find a place in the final version, given that most new devices come powered by quad core chips. And if the new iPad could pack in 4G LTE connectivity on the A5X chipset, the iPhone 5 should also be able to do so. Let’s speculate over NFC support too. There’s no harm in being a bit demanding, is there?

iOS 6 and a possible release date:

Word out is that the one of the main specifications of interest is likely to be the iOS 6 platform that’s said to come preloaded with the device. Since the smartphone is anticipated to house a pixel-rich display, Apple could be taking advantage of this particular aspect. The upcoming system is apparently going to be custom built to make the most out of the smartphone’s large screen. It would lead to a fifth row of icons on a tweaked out homescreen and an efficient UI for displaying more content. More details on the platform are likely to arise during the Apple WWDC 2012 that’s scheduled to take place on June 11. And hopefully, Cupertino might just break the suspense on a certain well-kept secret, putting all rumors to rest. We’re basically expecting a mid- to late-2012 iPhone 5 release date, if things go as anticipated at the developer conference.

So have we missed out on any of the rumored iPhone 5 features in this roundup? Tell us about them in the comments section below.