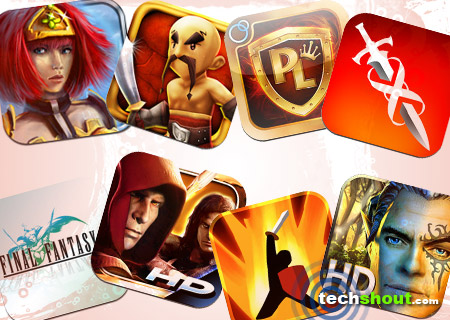 The titles infused in our 8 best iPad RPG games list wonderfully exploits the 9.7-inch LED-backlit, widescreen multi-touch display of the Apple device. The enticing RPG genre has already captured the attention and appendages of players across various platforms. This enticing sort is slowly but surely garnering a lot of attention on portable devices such as the iPad. Go ahead, have a peek at the options listed below to have an insight on the goodies you’ve been missing out on. 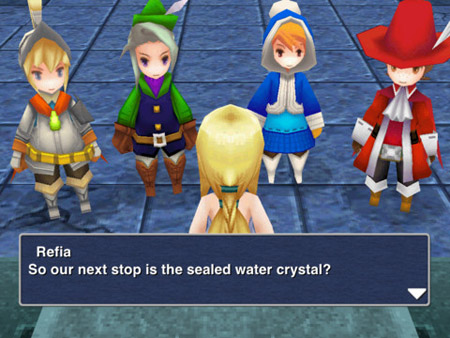 First up in our array is Final Fantasy III for the iPad. This title would certainly strike a chord with gaming enthusiasts familiar with this acclaimed franchise. The Apple tablet version of the offering brings forth stunning 3D visuals and story sequences as well as intuitive touch controls. 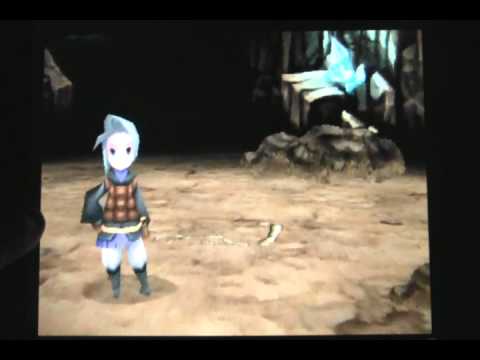 As makers Square Enix reveals, the user interface has been specially optimized for the iPad play. Characters can call forth powerful beings like Bahamut and Shiva as well as utilize the job system to toggle their classes at will. 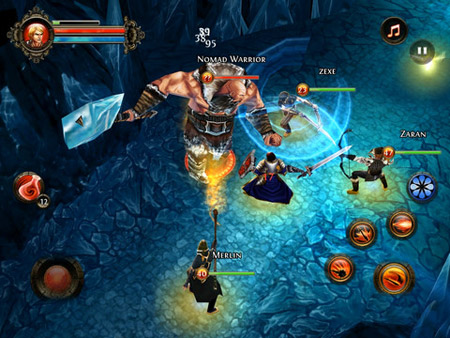 Dungeon Hunter 2 HD has many exciting features to offer iPad owners. Among them is the exclusive co-op multiplayer mode where they can either play the campaign mode by themselves or with four friends through Wi-Fi, local wireless or Bluetooth. 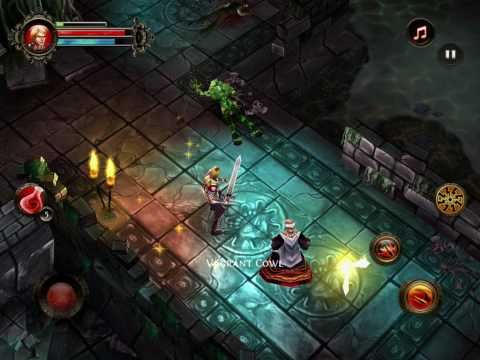 Teamwork is the key element here as adventures will have to pool their talents together and fend off tougher foes while embarking on more challenging quests. The hack and slash gameplay is now accompanied by a save system and new finely tuned controls. 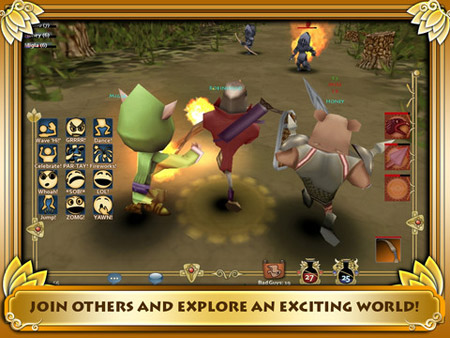 3D MMORPG Pocket Legends is next up on our lineup of iPad RPG games. It offers you an expansive online world that is filled with steamy swamps, cold mountain peaks and creepy dungeons among other places. In this universe, you have the option of joining forces with other players from all across the globe and even acquire the maximum power level and experience without having to spend a penny. 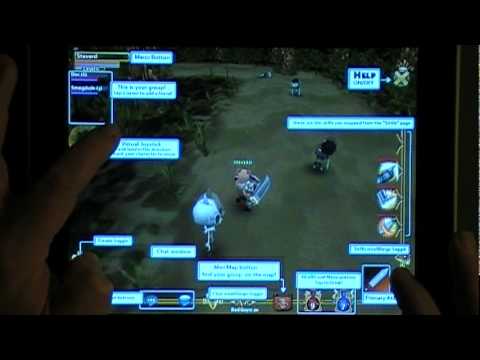 You can further opt for your favorite abilities as you take on the roles of an Ursan warrior, Elven enchantress or Avian archer. Besides easily finding your friends, you are likely to encounter other gamers plucked right out from more than 200 countries. 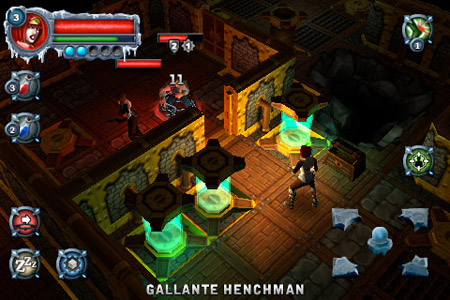 Noted to be an epic adventure that is packed with intrigue, puzzles and mystery, Rimelands: Hammer of Thor boasts of incorporating powerful game mechanics that are simple to learn but tough to master.

Keeping you occupied for hours on end is a plethora of customization options that come in the form of three paths and talent trees. So we suggest you juice up that iPad and crack your knuckles for all those long playing spells. 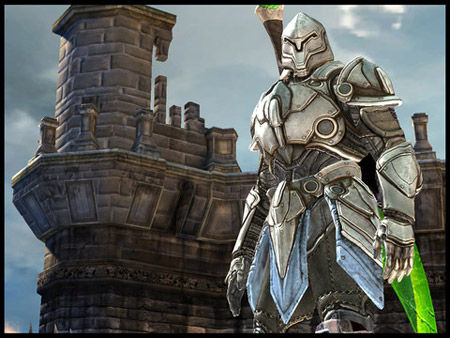 The acclaimed Infinity Blade title jumps into our iPad RPG games list, bringing along a dynamic single-player campaign complete with spectacular 3D environments and characters that are brought to life by the Unreal Engine 3. 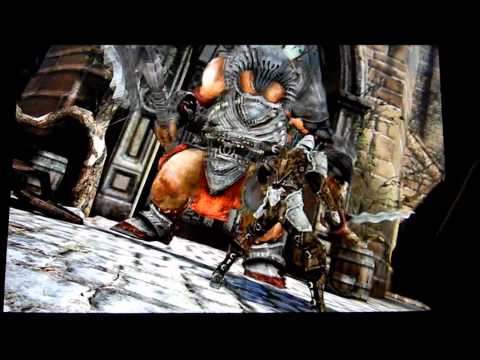 Players are called on to experience a lone knight’s tale as he embarks on a quest to save civilization. Other features embedded in the game include simple navigation, responsive touch controls and deep character customization such as shields, swords, armor, helmets and more. 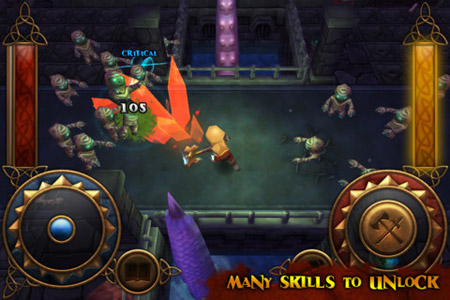 Pocket RPG drags gamers into a world filled with monsters, mighty bosses and dungeons where they must acquire treasure for unlocking equipment and abilities along the way. More baddies mean more opportunity to dish out pain by executing devastating combos. 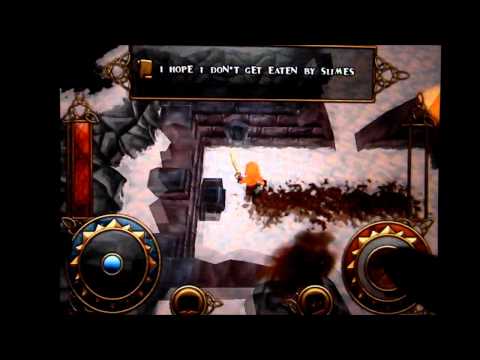 This dual-stick action dungeon-crawler title provides a trio of distinct classes which have their individual combat styles. Achievements and learderboards add to the mayhem that is about to ensue once you download the game. 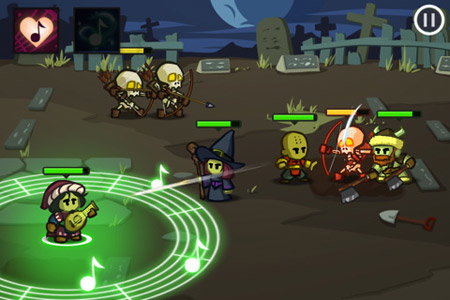 The roster of our iPad RPG games just keeps getting better and better as Battleheart forays into the category. Perceived to be a bit different when compared to the other offerings present in our list, this particular title features mini comical characters that are sure to liven up any Apple tablet with their antics.

Players can bring together a party of heroes that range from powerful wizards to stoic knights, and indulge in real-time battles where the characters get to show off their unique skills and special powers. 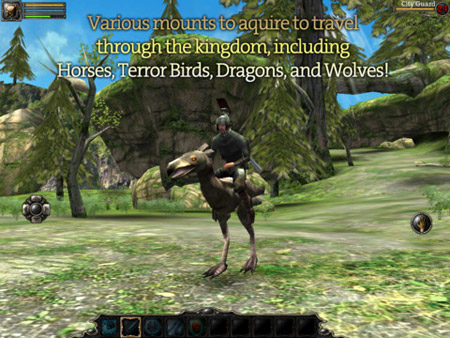 Aralon: Sword and Shadow HD offers iPad owners vast character customization options that extend over three races and four classes which include Rouge, Mage, Warrior and Ranger, each with their own special abilities. You will be plunged into various cities, towns, and settlements that are populated with engaging characters and lots of exploration opportunities. 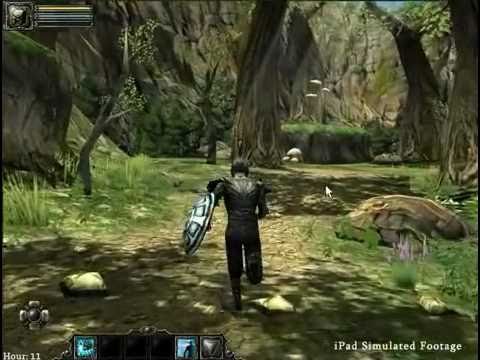 Journeying through these places is a snap as you get to ride on the backs of wolves, terror birds, horses and even dragons. Apple slab users can brace themselves for more than 30 hours of gameplay.

The beauty of these titles in our best iPad RPG games roster is that you can indulge in gameplay just about anywhere. Your adventure can be saved and continued even while waiting for a bus, train or plane or at home, lounging out on your couch. Do let us know which of the above mentioned titles made their way to your iPad and were responsible for those aching fingers.