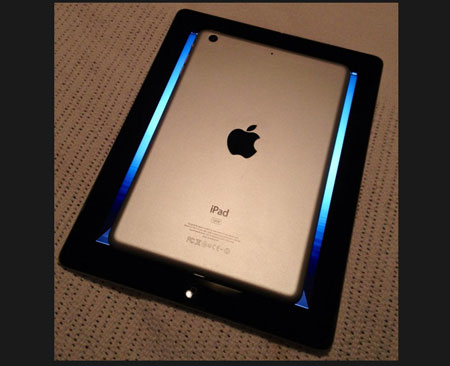 iPad Mini photos have started doing the rounds of the web again and considering that Apple hasn’t been extremely careful about stemming pre-launch leaks this year, these might just be the real thing. Take the iPhone 5 for one – the device shook its rear at everyone who’d care to watch, back in May itself.

The latest images may not offer the skinny on the detailed specifications of the rumored 7-inch iPad, but they do confirm one or two things about the tablet. And then there’s the idea that no matter what Steve Jobs thought, others at Cupertino do not think 10-inch is the only way to go when it comes to tablets. Google, Amazon and Barnes & Noble are already playing the game and perhaps Apple feels it deserves a large slice of the pie. 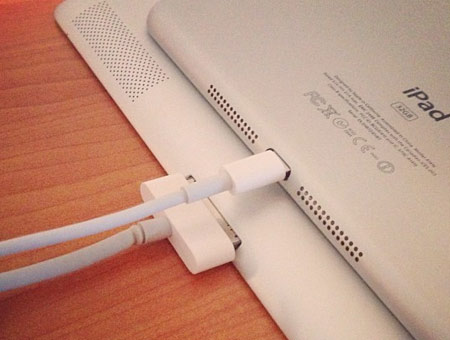 The pictures posted above show the modest-sized iOS slate placed over what we assume to be the current generation iPad. First off, 32GB is spelt across the back and a camera hole is visible too. The newest Apple tablet that’s in the market presently sports just one speaker on the lower part of its back panel. Its purported smaller sibling appears to have a couple of rear speakers instead. Even its contours are visibly different from that of the bigger device.

Continuing to wax eloquent on the strength of evidence backed by leaked photographs and unconfirmed stories, the traditional 30-pin connector may make way for a Lightning port. The company could also toss the EarPods earphones into the packaging. Other alleged features cover a 7.85-inch touchscreen, an A5 dual core processor and 512MB RAM. 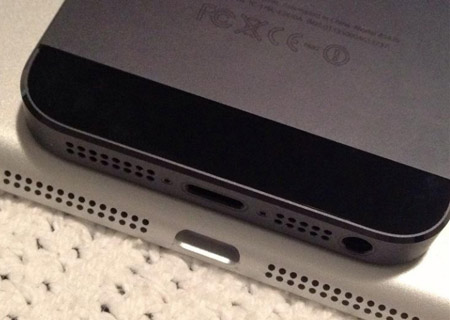