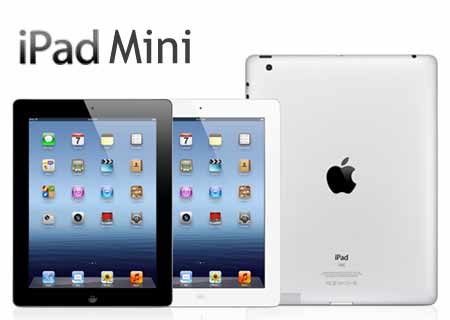 The iPad Mini has been under speculation from a long time now even before the new iPad made its debut, and we’re finally going to see it in action this October, that’s provided the latest rumors turn out to be true. The most interesting part here is that the device in question should have a dedicated platform for launch.

Based on word from Daring Fireball’s John Gruber, AllThingsD reports that Apple isn’t likely to unveil the iPhone 5 and its latest tablet together. It appears that the company wants to garner as much media attention as possible. The sixth generation smartphone from the Cupertino giant is apparently scheduled to make its appearance on September 12, or so states a few rumors, and it could hit stores a little over a week later. So that would put the new iPhone under the spotlight for roundabout a month.

“I don’t think Apple would want reviews of both a new iPhone and new-size iPad appearing at the same time,” states Gruber. “Why share the spotlight? Why have another Apple product battling with the iPhone for the top spots in news coverage? The more I think about it, the less sense it makes for the iPhone to even share the stage at the announcement with any other product. The iPhone is too big, too cool, and garners too much attention — and it’s in Apple’s interest to keep that attention undiluted.”

In recent news, the 7-inch tablet from Apple was slated to receive a late 2012 release. Bring the company’s first slate to fall within this particular size segment, the device appears to be developed with an aim to take on tough competitors such as the Kindle Fire and the upcoming Kindle Fire 2 as well as the newly launched Nexus 7, amongst others.

If this rumor is to be believed, we’re likely to see the next generation iPhone as soon as next month, while the iPad Mini keeps its eyes set for an October launch.