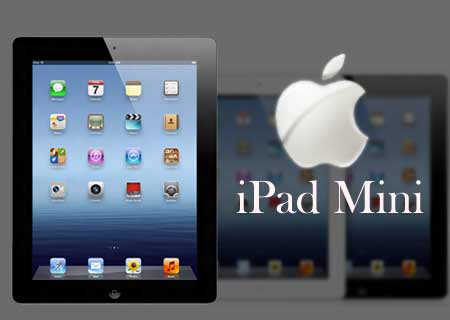 Now that the iOS 6 rumors have been cleared up and the iPhone 5 is expected to make an appearance in September, the next order of business is the iPad Mini whose display is supposedly headed into production sometime this month. The screen adopted for this variant is said to be sized between 7 and 8 inches and it could even be a Retina-type.

To top it off, the device might just be ready in time for launch alongside the new iPhone. While these claims are based on recent reports that are currently making their rounds online, an analyst told the guys over at CNET that a smaller version of the iPad is most likely to feature a late 2012 launch, that’s if the production schedule goes as plan.

“We expect panel production to start in August, with production ramping up to high volumes (more than a million units per month) in the fourth quarter,” notes Paul Semenza, an analyst at NPD DisplaySearch. “This is DisplaySearch’s understanding of the activity for the 7.85-inch panel expected to be used in the iPad Mini.”

If the rumors turn out to be authentic, the upcoming slate from Cupertino will be in direct competition with the Google Nexus 7 as well as the 8.2-inch Motorola Xyboard and the speculated Kindle Fire 2. That’s thanks to the 7.85-inch display it’s expected to carry. Where specifications are concerned, we’ve got nothing to share as yet, but a look that the rumored iPhone 5 features may provide a blunt idea.

In terms of pricing, what’s expected is that the iPad Mini should arrive flaunting a retail tag that’s comparatively lower than the latest version of Apple’s 9.7-inch tablet.