iPad mini 2 with A7 chip, M7 motion coprocessor on the cards?

There’s no doubt about the fact that the iPad mini 2 is in the works and will be introduced soon, but of course, details pertaining to its internal specifications and other features continue to be the topic of speculations. And we understand that some information regarding the same has been let out on the web.

Sonny Dickson, who has revealed a lot about the Apple gadgets including the latest iPhones, in the past, has tweeted that the upcoming slate will be powered by none other than the A7 chip based on the 64-bit architecture. This processor is also responsible for ensuring smooth internal working in the iPhone 5S. And considering that the M7 Motion coprocessor is like the sidekick to this chipset, it is most likely to snuggle within the device as well. 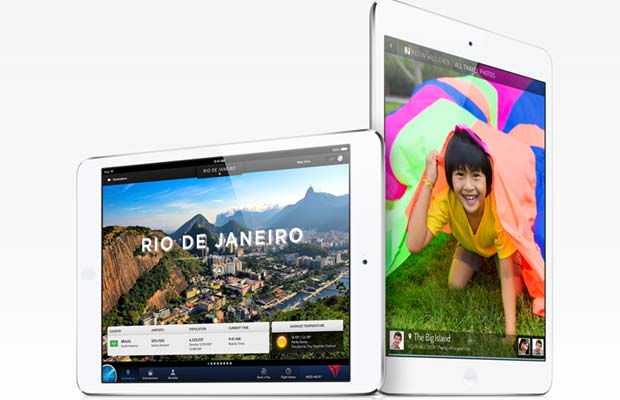 We are not expecting the device to operate on anything less than the iOS 7 platform and now that the biometric fingerprint sensor has been introduced by the guys over at the Cupertino-based company, we do not see a good enough reason why it will not be deployed into the compact tablet. It should retain its screen size of 7.9 inches and some earlier reports have revealed that the slab may have a Retina display in place with 3.1 million pixels. The slate’s release date may fall sometime in the first quarter of 2014.

This is all that has come to light regarding the iPad mini 2 as of now and we’ll be keeping a close watch on Sonny’s Twitter profile to make sure we do not end up missing out on any other detail. So, watch this space for more.