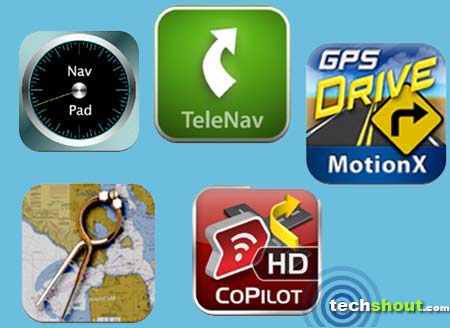 The reason we jotted down a list of the 5 best iPad GPS apps is because the Apple tablet offers much more than just gaming, web browsing, the ability to hit out emails while on the move and other such conveniences. It can take you through an unknown terrain without a guide or even direct you turn-by-turn when you want to reach an art gallery, a friend’s place, a night club, a stadium or more. All you need to equip it with is a compatible GPS navigation application from the Apple App Store. But if you’re confused by the choices that iTunes is flooded with, read our compilation to get the answers. 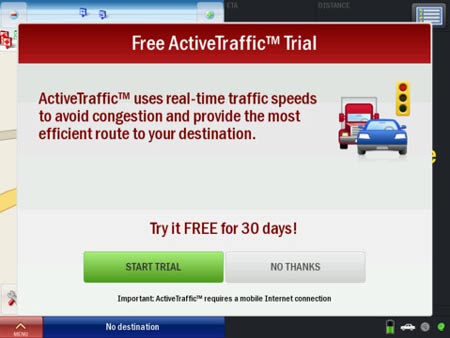 As the name suggests, this navigation software in our list of iPad GPS apps, is set to provide directions through North America, mainly in the U.S. and Canada. But CoPilot Live HD North America is limited to the 3G version of the iPad running on iOS 3.2 and higher. Taking full advantage of the slate’s expansive screen, it renders a split-screen navigation view. Apart from this, the ClearTurn feature promises an accurate view when approaching intersections as well as exits. The app was updated in November to include recent map data. 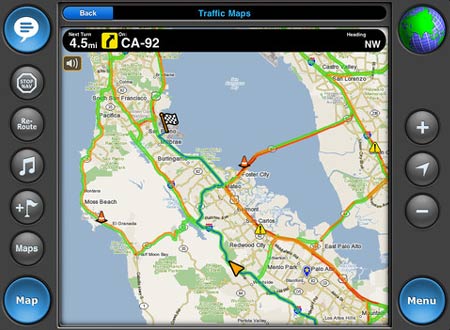 This app is limited to iOS version 3.2 or above and is compatible exclusively with the iPad 3G and Wi-Fi variant. However, it requires a cellular or mobile Wi-Fi connection for opening maps, routing, and search results. It readily integrates with the contacts from the tablet’s address book and also lets users listen to their favorite tracks by synchronizing with the iPod. The MotionX GPS Drive HD, like the previous one, guides you through your road trips in the U.S. as well as Canada. Presently the developers are celebrating the holiday season by offering one year of live voice guidance at $9.99, which is 60 percent less than its original charge. 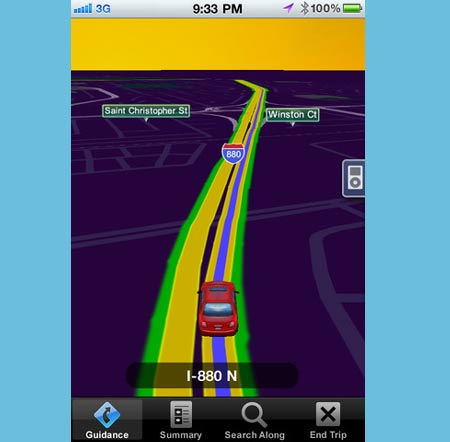 If you are aesthetically conscious about what icon your navigation app shows up with to represent your car, this one to feature in our compilation of iPad GPS apps should be suitable for you. The recent update to this software introduced a red Italian sports car icon. GPS by TeleNav is not just limited to getting you through routes, it also makes at attempt to be a part of your virtual social networking. With Facebook integration, it lets you post arrival check-ins on your account page of the SNS, and also create Let’s Meet events to share the places discovered with the app. It even tells you about everyday gas prices and helps you locate cafes, restaurants or local stores amongst others. 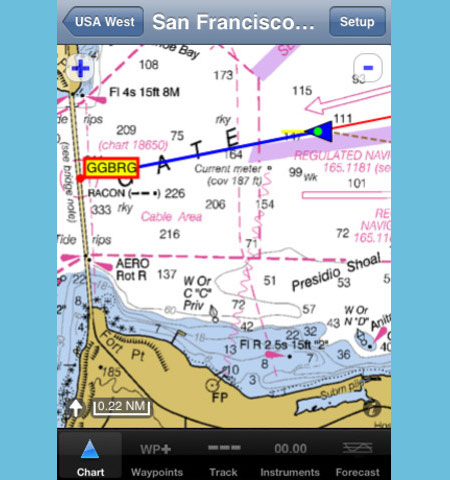 The name pretty clearly gives out that this one is not limited to roads. The iNavX Marine Navigation application for the iPad and other iOS devices, brings in official data from the NOAA RNC raster United States waters marine charts. It mainly covers coastal areas like West Coast, Gulf Coast, East Coast, Great Lakes, Alaska, Hawaii, and US Virgin Islands. Other than this, the software also shows up official charts like CHS Canada, Navionics Gold, HotMaps, NV. Verlag, Hilton’s fishing, Fish’N’Chip, and more. Some of them can be purchased separately through X-Traverse. Available in languages like English, Dutch, French, German, Italian, Spanish, and Swedish, the app received its latest update in late November. The latest version introduced several updates like varying Open In options, Track Back waypoints and more. 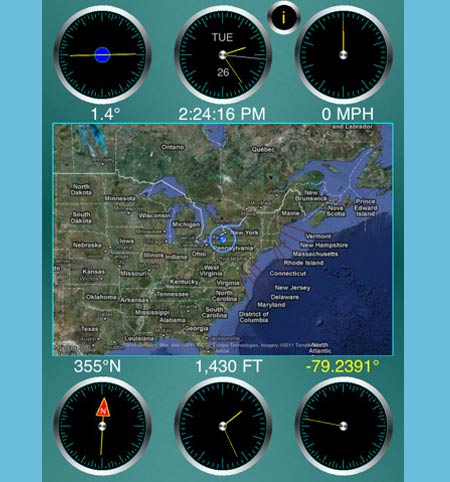 The NavPad sports a UI which looks simple and easy to use. The central part of the vertical screen shows a rectangular map which marks the position of the user. In the space above and below it, the app displays several dials including Artificial horizon, Clock, Speedometer, Compass, Altimeter and one each for Longitude and Latitude. Dedicated to be employed with the iPad this candidate featuring as one of the choicest iPad GPS apps, can be used with any version of the slate running on iOS 3.2 or later. A GPS indicator is also included within the app which blinks while acquiring signals. Once the signal is received, the indicator goes off. To switch between the various available formats of time, users can simply press the clock face. The intuitive software is also programmed to save user preferences.

Taking a look at our assemblage of the best iPad GPS apps certainly tells you that we have not limited it solely to roads well traveled. Armed with an iPad and one of these apps which seems suitable for the cause, you can take over roads as well as islands and coastal regions. But if you still think we have missed out on something that has been a great guide every time you had to take a new or unknown road, don’t hesitate to tell us about it.