Apart from two new iPhones, Apple is also working on fresh tablets including the iPad Air 2 which are slated for release this year. We’ve seen multiple leaks on the smartphones and now the slate in question is also being given the attention.

A dummy model of the iPad Air 2 has popped up online and Japanese website ASCII Plus has captured images of it and even compared the design with the current Air model. Based on what we can see, Apple is looking to deliver a more clutter-free design by keeping physical buttons to a minimum. G4Games points out that a couple keys have been omitted from the blueprints. They include the screen orientation switch (will be accessible from the notifications menu) and the lock button. 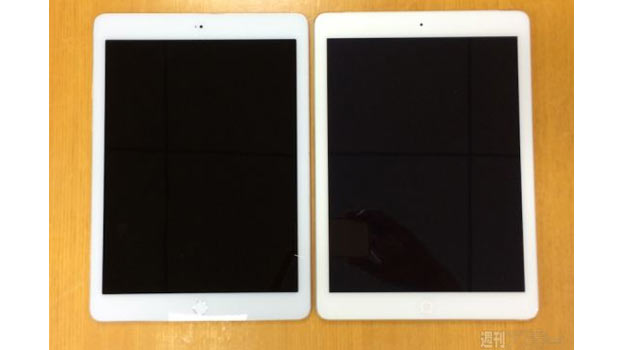 Additionally, the volume rockers don’t stick out as much as before and the shiny silver bezel on the sides has been reduced in size. The speaker grille on bottom has been redesigned and the camera as well as physical buttons has been shifted. This basically means that current cases won’t be compatible with the future model.

The home button has been slightly modified with a bright silver ring and it’s also rumored to feature the TouchID fingerprint sensor. All in all, the overall appearance has remained the same, but the upcoming model does look to be a bit on the slimmer side. 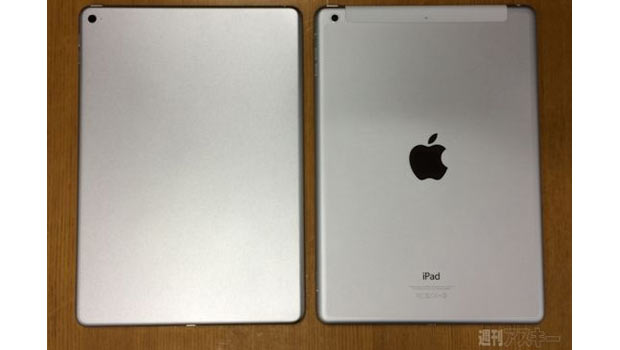 This dummy model of the iPad Air 2 looks quite authentic to us, but we’d still recommend taking this information with a pinch of salt. Be sure to hit the source link for more images on the tablet.