iPad 3 Rumors and Release Date: What to expect 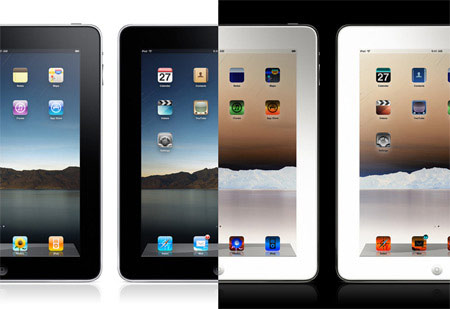 Reading through everyone’s opinion about the iPad 3 rumors and release date gets so very tiring when vague guesses are all that’s being thrown around frequently now that the launch of Apple something or the other is looming. What not to expect from the iPad 3 is a more precise way of titling this post, but would you be here if we called it that?

Radical New Design: Apple has never been famous for offering new generation devices with radically different constructs. So when you think of the iPad 3, do not under any circumstances expect a rollable or foldable or collapsible version. Instead, look forward to a chassis slimmed down from the current 8.8mm depth courtesy of skinnier internals such as the battery module, perhaps.

A6 Processor: While we’re on the subject of internals, if you’re holding back from shelling out the cash for Apple’s tablet because they may just come out with a new variant in a few months, there’s probably no point doing so. Cult of Mac leans on the Taiwan Economic Times while explaining that the A6 processor won’t be ready to roll until the second quarter of 2012. This could mean a very tardy iPad 3 or an iPad 3 with the same old A5 processor.

Cheaper iPad: Were you hoping Apple would chip away at the price along with the size? The rumors mills say we shouldn’t be optimistic about that either. Apparently, the sleeker battery module will be priced 20% to 30% higher than the iPad 2’s. So the tag attached to the iPad 3 can hardly go lower than it is or simply stay the same. But will Tim Cook throw in a refund for those who buy the iPad 2 just before the next edition hits stores?

Mini iPad 3: You know how stories of the paranormal sound even more real when you’re in bed at midnight? When fans are feverishly skimming through iDevice speculations, eyes watering and mind foggy with the possibilities, the CNET-presented theory about an iPad 3 Mini may feel almost plausible. However, does Apple think a downsized tablet can be called a tablet at all? Not very likely.

Same 9.7” Display: For all those wondering about why Apple didn’t bother with an even better display on the iPad 2, its successor may just be able to offer some joy in this department. MacRumors dug up some stuff from various sources and mashed it all up to tell us that we shouldn’t imagine the same old 9.7” display on the forthcoming tablet. The gossip is all in favor of a 2,048 x 1,536p Retina display, double the horizontal and vertical pixels of the existing iPad.

2011 Release Date: Now this is the bit of news which seems to showing various conflicting views, each more convincing than the next until we don’t know where we started from. Many seem to be hopeful about the iPad 3 release date timed for fall. If you tie up the A6 processor rumors and a DigiTimes story cited by MacRumors about Retina display shortages, we’re not going to be seeing the next tablet in 2011. Instead, Apple may be forced to let it loose in 2012 as opposed to this year.

If Apple does plan to launch the iPad 3 this year, InfoWorld says we should watch out for when a product’s availability starts to move from one day or a few days to several weeks. Meaning, Apple is allowing their inventory to run out to make shelf space for a new device. Though all the rumors and release date may have your head spinning with the constant interruptions of ‘possibly’, ‘probably’, ‘if’, ‘expected’, ‘speculated’, ‘anticipated’ and so on, there are still a few things you can bet your favorite pair of socks on.

A thinner body, better camera, enhanced display, wireless iTunes connectivity with the help of iCloud and iOS 5 ought to be on the cards. We’re going to wrap up this tidbit on the iPad 3 rumors and release date by telling you that Apple will certainly ensure there are enough new features in the upcoming slate to convince people to buy one. But it’s not going to be starkly different from the outgoing version. Got anything in mind that Apple should add to the inevitable iPad 3?