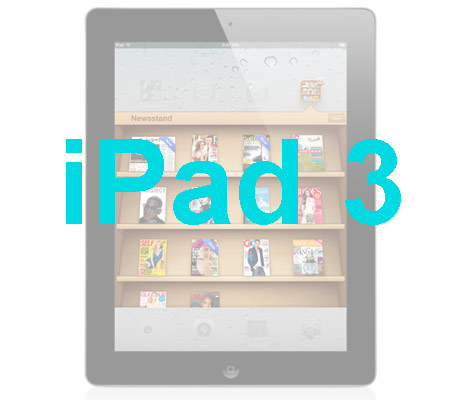 From the moment iPad 3 availability rumors gained momentum, expectant pairs of eyes world over fervently scanned the internet to figure out what exactly the Cupertino company might be pulling out of its hat next. Needless to say, this has almost become a ritual of sorts with loyalists, who take to combing the web before any new release from Apple.

The past few months have witnessed many websites hinting at an early March release for the iPad 3 while some even advised folks wanting to pick up the current slate, to hang on to their wallets just a little while longer. In addition to news of its alleged arrival, certain specifications have also been brought to the fore by sites, which indicate a faster and sleeker successor to the iPad 2.

We know it can get a bit daunting to be caught up in the web of speculation surrounding the iPad 3 availability and other such related details, what with various unofficial sources offering up mere tidbits to simply tickle the tech palate. We suggest eager beavers run through the information at hand, which could possibly be a glimpse into the next generation Apple device. Since the manufacturer hasn’t exactly been experimental with aesthetics in the past, it might be safe to assume that the forthcoming slate will borrow the neat design from its predecessor, complete with the home button sitting pretty across the front panel.

Well, word has it that the much-awaited tablet will apparently be powered by a mean quad core A6 SOC chip. It is also being reported that the iPad 3 may possess a Retina display spanning across 9.7 inches diagonally to proffer a 2,048p x 1,536p resolution. If these unconfirmed details have peaked interest in many entertainment buffs, they can stay tuned to this space or other sources around the internet for further updates on the same. Maybe even an official one. Well, fingers crossed for that.

Since rumors of the iPad 3 availability pointing to a March release, are gaining strength, it won’t hurt to wait just a bit longer to see whether the official announcement comes through with more juicy details in tow.