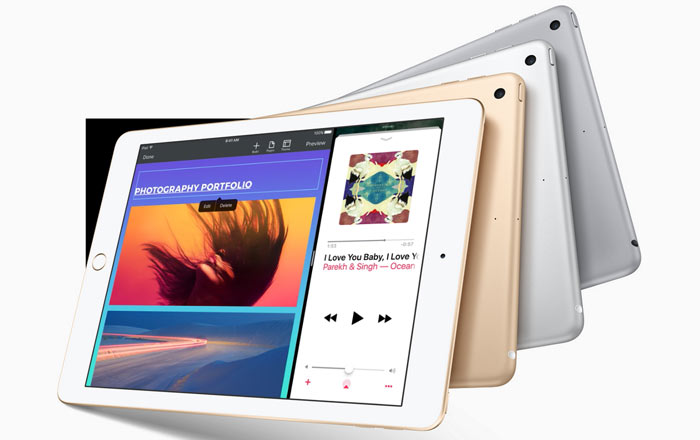 Apple’s 2017 series of iPads has finally arrived on Indian shores, with Flipkart being among the first to put the tablet lineup up for pre-orders. The site says the slate will be released on April 14 and is bundling it with a couple of offers.

Chief among them is a Rs 1501 discount on a pair of Apple Earpods currently going for Rs 2500. Moreover, Axis Bank Buzz credit card holders get an additional 5% off when purchasing the iPad (2017). Flipkart’s currently selling only the 32GB Wi-Fi and 128GB Wi-Fi + Cellular models of the slate at Rs 28900 and Rs 47900, respectively.

Apple had previously announced a 32GB Wi-Fi + Cellular iPad (2017) priced at Rs 39900 as well. This version hasn’t been listed on Flipkart yet. There’s no mention of the 128GB Wi-Fi only iteration either, but it’ll probably be sold in India once availability spreads.

To recap, the iPad (2017) made its debut last month. It made headlines as the cheapest large-size iPad Apple had ever launched. The move could be seen as a way of reviving flagging iPad sales, targeting enterprises, educational institutes, and budget-conscious consumers with the promise of a brand-new iPad at a much lower cost than before.

The iPad (2017) itself doesn’t break the mold when it comes to changes, closely resembling the iPad Air 2 in terms of looks and features. The biggest changes show up under the hood thanks to a bigger 32.4Wh battery and faster A9 chipset.