iOS 9 now available to everyone via public beta program

A beta version of the much awaited iOS 9 version for Apple devices can be downloaded now by those who own eligible devices. This is the first time that such a public beta is being made available by the Cupertino-based company, even as the previous occasions had only seen developer builds being doled out for app-creators.

Those interested in jumping into the iOS 9 public beta can sign up for it through the Apple website and wait for an OTA download to arrive on their iDevices. Once that’s done, you’re good to go with the latest software that Apple has to offer. However, since it’s unfinished, don’t be surprised if you’re greeted by some bugs and inconsistencies.

As for the new features you’ll experience in this build, the highlights will be a more contextually aware Siri and an updated Apple Maps experience for limited locations. Moreover, iPad users will be able to take advantage of a multi-tasking attribute that will allow them to run two apps at the same time. 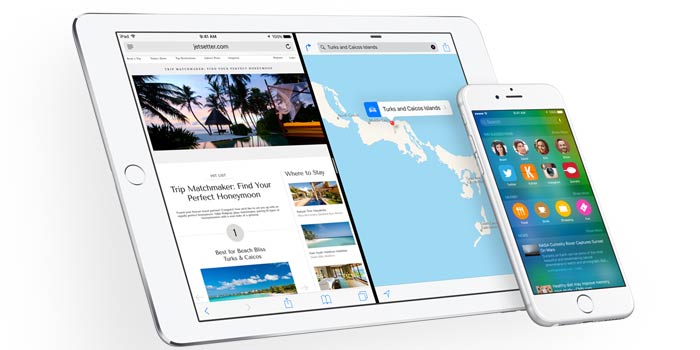 The iPhone 4S, the iPad 2 and all the devices that succeeded these two offerings are eligible for the iOS 9 public beta. The final release of this software still doesn’t have a proper launch date, but Apple has indeed mentioned that it will be taking place this fall.

It’s obvious that we’ll also be seeing one or more new iPhone models this year. Rumors and leaks have told us a few things about these offerings already, but it remains to be seen how they shape up eventually.

Those interested in downloading the public beta version of iOS 9 on their Apple devices can register here right now.