iOS 8 and 8.0.2 users also facing Bluetooth issues, Apple might have a fix

Apple just can’t seem to catch a break with issues pertaining to either its new OS or smartphones as reports are now flowing in with users complaining about connectivity issues when using Bluetooth. The cause of the problem is currently unknown, but it’s confirmed to be affecting all devices running on the iOS 8 and 8.0.2 platforms and not only on the new iPhones.

MacRumors is reporting that customers have taken to its own forums and even Apple Support to find a solution to the issue. One forum user notes that the phone would connect over Bluetooth to a car system, but would fail to stream audio or even transmit calls to the external speakers. 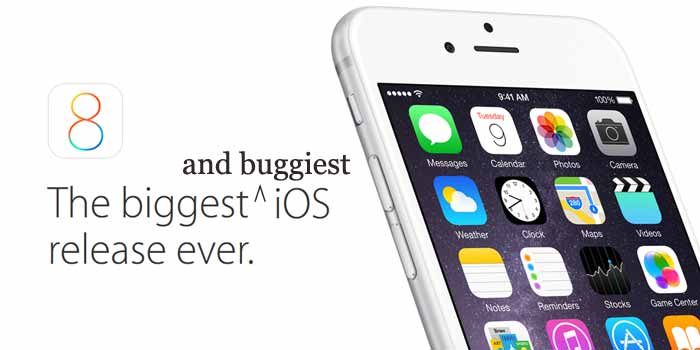 Additionally, the issue is affecting connectivity with multiple other devices such as headphones, speakers and even headsets amongst others. An iPhone 6 owner has expressed that Apple is already aware of the problem in iOS 8 and is working on a fix.

Also see: Apple to replace bent iPhone 6 Plus models, but only if the Genius approves

The source states that the problem appears to be rectified in the iOS 8.1 update which is now seeding to developers, so it’s going to be a bit of a wait until it’s ready for a wider roll out. Until then, the only way to fix the issue is to use the ‘Reset All Settings’ or ‘Reset Network Settings’ option which will log you out of iCloud and allow you to re-pair with your Bluetooth devices. However, there’s no guarantee that this will work for everyone.

As mentioned above, iOS 8.1 is available to developers in beta form, so it could be a few days before the final build gets pushed out. Here’s hoping that the new update doesn’t introduce any new bugs and issues.