With just days to go for iOS 7 to be released, news has started pouring in about possible updates to the software which will push it to versions 7.0.1 and 7.0.2, and even 7.1 for that matter. These editions are apparently under testing in areas in and around Cupertino, giving us an indication that Apple employees are the only ones getting to toy around with the software at the moment. iOS 7 is slated to be released on October 18, and officially, nothing has been spoken about any later updates to it.

9to5Mac’s web analytics team is said to have chanced upon data indicating the presence of these updates on devices that are accessing the site. For those who aren’t new to Apple and its release schedules, the presence of iOS 7.0.1 and iOS 7.0.2 wouldn’t come as much of a surprise. The company does release a few bug fixes here and there weeks following a big software update. Thus the major point of speculation lies in the fact that evidence of iOS 7.1 has also been spotted in the wild. 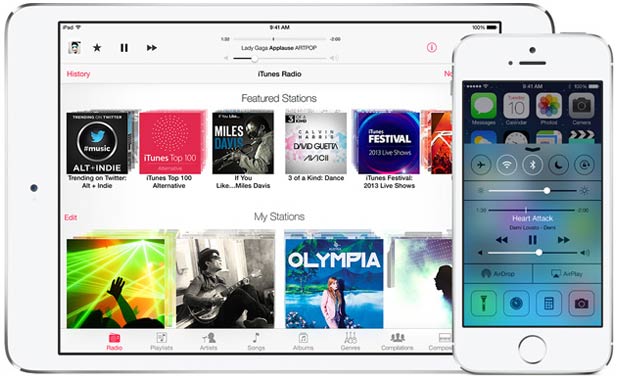 Such updates can make their way into the open though new devices. And at the moment, the fresh iPads are the only gadgets we can point our fingers towards. Although these products only exist in the form of rumors, we can expect them to be deployed by Apple sometime in the coming months. iOS 7.1 could well kick in a healthy dose of new features as well.

We’ll have more on the subject of these iOS 7 updates when added information is out. The said operating system will be released for Apple devices on September 18, and will come pre-installed with the iPhone 5S and iPhone 5C when they come out on September 20.