The iOS 7 platform’s beta 4 version complete with a lot of bug fixes, has gone live and can now be downloaded by developers. This update was supposed to come earlier, but was delayed because the Apple developer website was hacked about two weeks ago.

The company made some major changes to the OS this time around and the guys over at BGR have listed the entire log on their website. Its functionality is pretty much the same, but developers will notice some changes in the design. And this is definitely not the final version and will be tweaked before the platform is made available to public. The beta 4 release has revealed that the new gadget will be the proud owner of a fingerprint sensor. Apple is speculated to unveil the next iteration of the iPhone, the 5S, in September and this device will run the newest edition of the platform. If the rumors are to be believed, the smartphone will be accompanied by a cheaper version dubbed 5C. 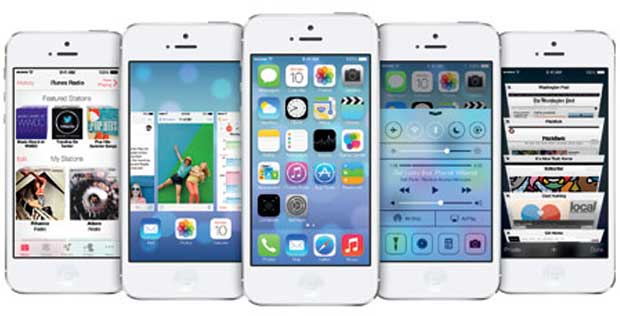 And what’s more, the next generation mobile operating system will be capable of recognizing head gestures too. One of the beta versions of the OS features this Accessibility function which is placed in the Settings menu. Those planning to adopt the iOS 7 when it is made public can expect attributes like a refreshed user interface, enhanced Siri, an updated Notification center and much more. A Control Center has also been included to offer instant access to various applications like camera, clock, flashlight along with an option to control Wi-Fi, airplane mode and much more.

The iOS 7 beta 4 is already available for developers and the OS will be released to public sometime in fall this year. The beta version can run on devices like the iPhone 4, 4S and 5, fifth generation iPod touch, iPad mini, iPad 2 and iPad with Retina display.