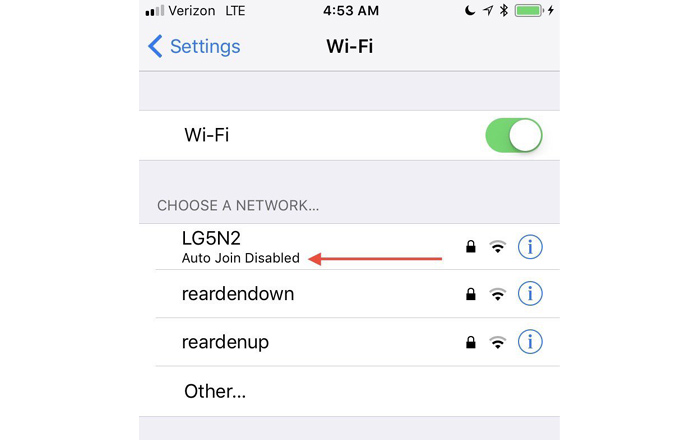 Apple is currently hard at work on iOS 11, regularly releasing beta versions of the software for developers and enthusiasts to parse through. While there are dozens of small and big changes in store for users, there’s one subtle feature which people will likely find more useful than most.

Based on the iOS 11 beta, Apple will automatically disable auto-join for Wi-Fi networks with bad connectivity. This modification hasn’t been publicized by the company, but it’ll likely make its way to the official version. It sounds like a pretty nifty tool, as anyone who’s had to suffer through slow public hotspots can attest.

The feature can be enabled by tapping on the auto-join button residing within the ‘i’ icon next to a Wi-Fi network’s name. The button itself was added in an earlier iteration of iOS 11. The concept is pretty sound since it’ll make things easier for people who want to connect to the strongest available Wi-Fi signal and rule out the weakest one without having to manually figure it out on their own.

Plus, iPhone users who have ‘Ask to Join Networks’ enabled won’t be assaulted with pointless notifications asking them if they want to connect to a local Wi-Fi network when they’re just passing by, especially since most public Wi-Fi systems are non-responsive and laggy.

Apple recently rolled out iOS 11 Beta 4 for developers. It’ll probably release the third public beta to consumers next week. The final version of the OS will probably make its debut at some point in September alongside the iPhone 7s, iPhone 7s Plus, and iPhone 8.