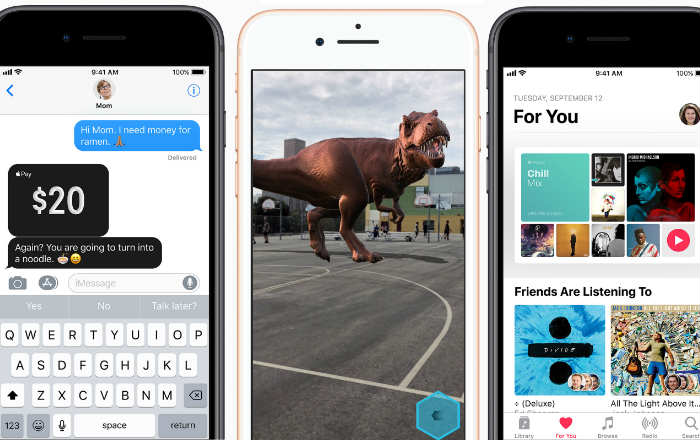 Apple has officially begun rolling out iOS 11 to 19 of its products spanning the iPhone, iPad and iPod Touch. It’s also beaming out watchOS 4 and tvOS 11 for the Apple Watch and TV. Only the Mac lineup has been left out of the party right now, with macOS High Sierra set to emerge on September 25.

iOS 11 weighs in at around 2GB for iPhones, so it would be best to download it over a Wi-Fi connection with plenty of battery backup. The update has already been extensively previewed since it was announced back in June this year, so there aren’t any major surprises here. It includes hundreds of new changes, both big and small.

The arrival of augmented reality belongs to the first category. Thanks to Apple’s ARKit, developers have been hard at work creating AR apps that will flood the newly redesigned App Store to allow interactions with virtual objects in the real world. Some of the first ones on the block include Fitness AR and PLNAR.

Speaking of the App Store, it now features separate Games, Today, and Apps tabs to make finding new games and applications easier and less cluttered. Even Siri has been reworked from the ground up with a new voice that sounds a lot less artificial than before. In good news for Indian users, the assistant can now take Hindi dictation.

One feature that will take some time to arrive is sending or receiving money in Messages via Apple Pay. The company says it’s coming this fall in an update to iOS 11 and watchOS 4.