There’s a hidden flaw lurking within iOS 11 which lets anyone with access to your iPhone and phone number view and send photos. It was discovered by YouTube channel iDeviceHelp recently and can affect any iPhone or iPad running the latest version of Apple’s software.

This includes the iOS 11.1 beta as well, which is what iDeviceHelp was running on his target iPhone. To begin with, he used a second iPhone to call the latter. Instead of picking up the call, he tapped on Message and chose Custom from the list of options.

He proceeded to insert 3 random emojis into the text box and ended the call using his second iPhone. It was then a matter of invoking Siri and asking it to open any app, in this case Settings. The assistant informs him that he’ll need to unlock the iPhone first. 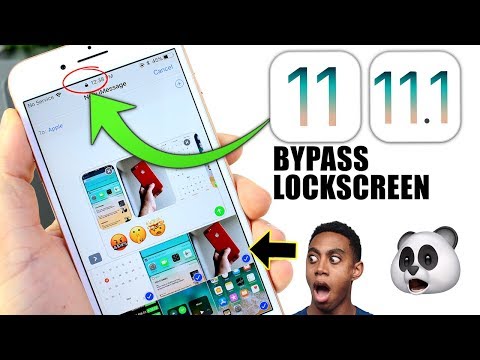 iDeviceHelp locked the first iPhone at this point and once more called it using his second. He chose a Custom message again where his 3 emojis were still present. There’s a big change at this point though, because he also got access to options like the App Store and menu.

More worryingly, tapping on the grey arrow to the left of the text box pushes open the camera icon which in turn let him view photos stored in the iPhone’s gallery. It’s possible to send them to the second iPhone as well.

iDeviceHelp says that he told Apple about the problem and expects the company to send out a fix for it soon. Till then, you can keep your iPhone or iPad safe by disabling Siri from the lockscreen.