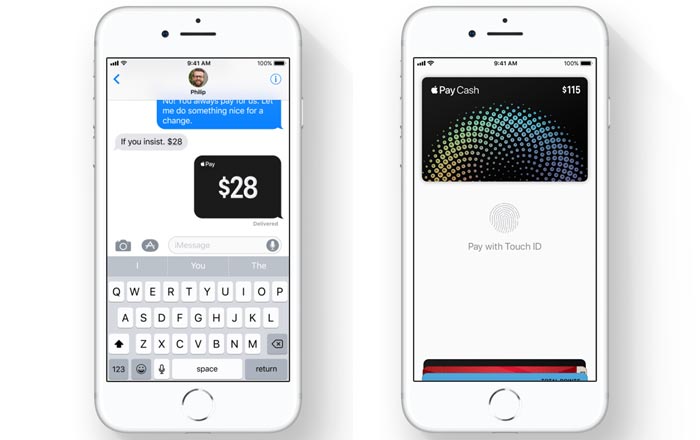 Apple Pay Cash was first announced all the way back in June this year at Apple’s WWDC 2017 event. The company later stated that the money transfer service would be delayed beyond the initial rollout of iOS 11 without mentioning when exactly this would change.

Impatient users won’t have to wait for that much longer since Apple has added Apple Pay Cash to the iOS 11.2 and watchOS 4.2 beta for both developers and public beta testers. Only people in the US will be able to access it though, as the tool doesn’t boast of worldwide availability just yet.

MacRumors reports that Apple Pay Cash was being tested by employees in a special version of iOS 11.1 which allowed the tool to go live though an internal device certificate. It seems the feature wasn’t ready in time for the official iOS 11.1 release, but it will appear in iOS 11.2 going by its availability in the beta software.

Also Read: Bizarre iOS bug turns “I” into “A” with a symbol

Apple Pay Cash lives as an iMessage app, allowing anyone to send and transfer money without leaving a chat window. Both parties involved will have to have the tool activated. Only one-on-one chats are supported right now, so individuals won’t be able to send cash in groups.

Payments can be received and sent on both iPhones and the Apple Watch. Any money which has been obtained will be stored in a user’s Apple Pay Cash card. They can then choose to make purchases or send it to a bank account.

As for giving away cash, funds can be transferred from a linked debit or credit card. The former doesn’t involve any charges, but the latter incurs a 3% fee. Apple Pay Cash is compatible with the iPhone 6 and above and requires 2-factor authentication to be active.