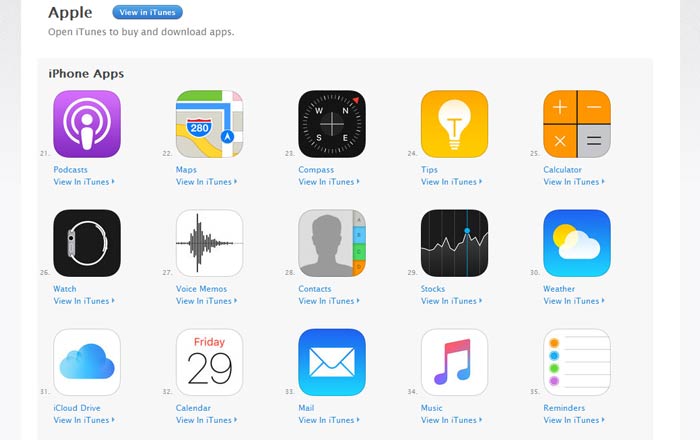 Apple is finally loosening its tight reins when it comes to the stock apps which come pre-installed in the iPhone and iPad. The tech behemoth has at last decided to allow users to delete these applications in iOS 10.

This is joyful news for the millions who don’t have any use for the Stocks or Watch app and have been waiting for the day when they can get rid of them. After all, iPhone storage is limited and there’s no sense in wasting valuable room for something which will never be used. Apple seems to have finally heard the feedback it’s been getting, with CEO Tim Cook commenting on the issue just last year.

Strangely enough, Apple chose not to announce this major development on stage at the WWDC 2016. The news came out a bit later as the first wave of previewers began experiencing the joy of deleting junk apps. The company has now put up a help page where it guides people on how to remove built-in apps from the home screen.

It should be noted that removing these applications will also remove any user data and configuration files. This could further impact things such as related system functions or information on an Apple Watch. If something does go wrong, consumers can always download the stock app from the App Store.

This is again a new change since the default tools were previously absent from the App Store. Furthermore, not all applications can be exiled from an iPhone. Essential ones like Messages, Photos and Camera are here to stay. However, individuals can eliminate apps like Calculator, iCloud Drive, iTunes Store, Podcasts, Notes, iBooks, Videos, and Weather.

The new freedom to delete stock iOS apps may even lead to Apple allowing users to set a new default app. iPhone owners could perhaps set Gmail as their go-to app instead of Mail or Google Maps in place of Maps. This is just speculation at this point, so we’ll have to wait and see what the company comes up with when iOS 10 hits general availability.