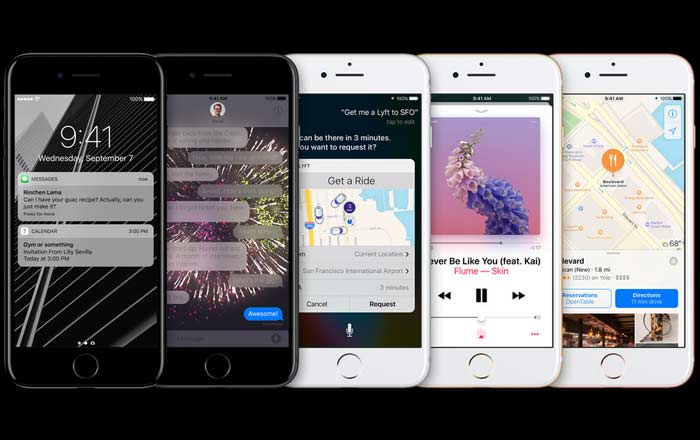 iOS 10.2 has gone official for iPhone, iPad, and iPod touch and is currently rolling out for everyone. You can check if you’ve gotten it by heading to Settings, followed by General, and finally Software Update.

Apple’s latest OS brings a ton of features and security fixes to the table. One of the major ones is the introduction of the brand’s new TV app which is available only in the US as of now. The tool replaces Videos and serves as a hub for all your TV shows and movies spread across multiple apps. There’s also an Emergency SOS feature under the General menu that contacts crisis services if the sleep/wake button is pressed 3 or 5 times rapidly.

The Photos app itself has gotten better at grouping images of a person together in the People album and won’t generate Memories of things like receipts, screenshots or whiteboards anymore. Furthermore, your iPhone 7 Plus’ camera will no longer continue to stay zoomed in after you switch back from the Camera Roll.

Other noteworthy highlights in iOS 10.2 consist of love and celebration full screen effects in Messages, a fix which solves an issue where the keyboard would stop showing up, the ability to swipe up the Now Playing screen for more convenient access to Shuffle, Repeat and Up Next, a new Saved section in News, and improvements to Mail.