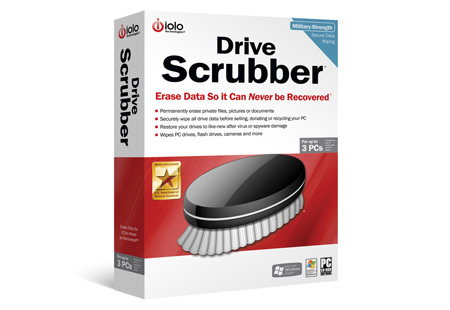 Our review of the iolo Drive Scrubber tool will provide you a complete insight of the application’s capabilities, if that’s what you’ve been looking for lately. Hosting three different modes of operation, you can wipe your HDD, SSD or any removable drive clear of all data. What’s more, the company has incorporated the option to delete all of the drive’s content and at the same time keep the operating system intact and untouched. Claiming to exceed the specifications issued by the U.S. Department of Defense and other governmental agencies, the software utilizes sector‐overwrite algorithms for getting the job done. 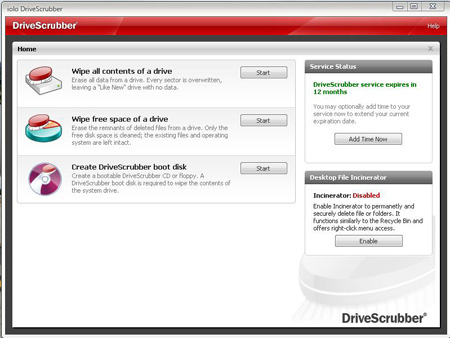 Ever deleted a file with the hope that no one will ever get their hands on it? Well, we hate to break it to you but, recovery of such content is possible through third-party tools even if you’ve formatted the entire drive. What most Windows users aren’t aware of is the operating system’s ability to retain data as a backup when trashed. And just in case some of you get clumsy or accidently hit on delete, these files are easily restorable. Addressing this issue, the company has included a tool capable of scrubbing away any leftover data from previously removed files right within the software. 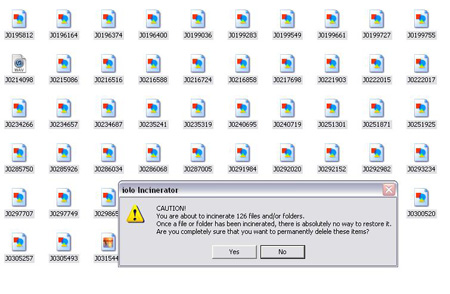 So now since we’ve briefly introduced the application, it’s time to put the iolo Drive Scrubber to the test. One noticeable fact of the tool is the updater which pops up before the installation begins, ensuring that you get the latest release of the software. Operational on PCs running Windows 2000, XP, Vista or 7, each purchased license can be used on 3 computers simultaneously. Lightweight as it is, the application installs really quickly. 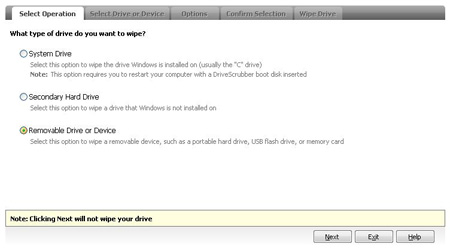 On its initial run, the software presented us with three different options for carrying out tasks such as erasing all data from a drive, scrubbing off remnants of all deleted files or creating a Drive Scrubber boot disk. Additionally, we came across the Desktop File Incinerator feature which positions itself as an alternative to the Recycle Bin. This tool can be found resting below the subscription status. On enabling it, we noticed a new file on our desktop named ‘Incinerator.’ And as its name suggests, you can burn away all trash data to ashes. Riding out unwanted content is easy, all we had to do is simply right-click the desired files and hit ‘Send to Incinerator’ (temporarily delete) or ‘Incinerator now’ (permanent delete). 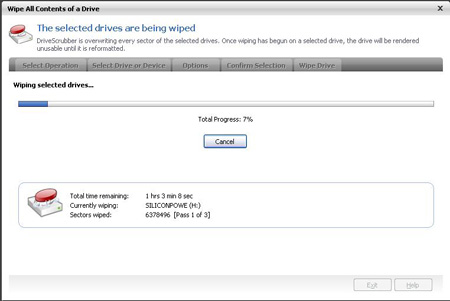 With a 16GB thumb drive at our disposal, we started off by using the ‘Wipe all contents of a drive’ option. To initiate the process, we were taken through five steps in which the first included options like System drive, Secondary HDD and removable devices. The second and third tab presented a drive selection window and configuration for wiping off content in the latter through which you can select a custom wiping method or utilize the DOD 5220.22‐M compliant technique. Knowing that users tend to accidently wipe off all their data at times, the company has added few security checkpoints. Before the erasing process actually begun, we literally had to type in the word ‘PROCEED,’ in all capitals to move onto the final step, which puts the erasing process into action. On completion, which took around an hour, all the contents of the 16GB drive were gone. What’s more, we noticed an increase in its capacity by at least 500MB. Also, do note that during the entire process the peripheral is unusable until formatted. 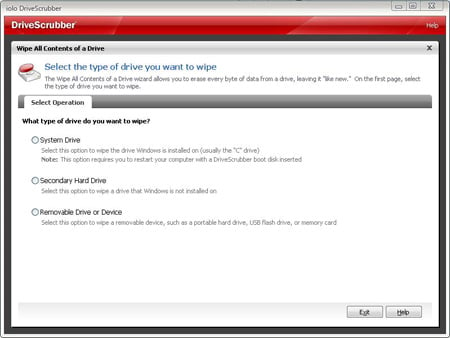 Moving on to its third feature which wipes off only the remnants of all previously deleted files, we ran the software through one of our HDDs that presumably hasn’t been swept clean for quite a while now. Before starting the operation, you can view how much memory is recoverable through the ‘analyze now’ button. Compared to wiping off all data from the 16GB thumb drive, clearing the HDD was much faster though you can run a deep scan that would most likely take a few hours. With 498MB recovered by trashing the unseen leftovers, the application performed exceptionally well. 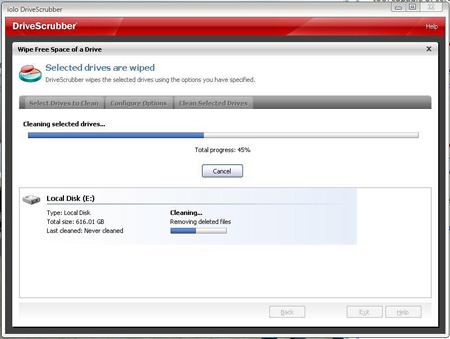 Another efficient tool bundled within the iolo Drive Scrubber software is the ability to create a bootable Drive Scrubber CD. Through this method, you can wipe off all content from any drive attached to the computer without running the operating system. If you’re looking out to clear off all data and install a fresh copy of Windows or if some pesky viruses are weighing your HDD down, the Drive Scrubber boot disk is an effective tool and can be used on any computer with a CD-ROM. Also, whilst performing the clean up, you can even choose between security levels such as the industry‐accepted Gutmann overwrite method or the DOD 5220.22‐M compliant method. 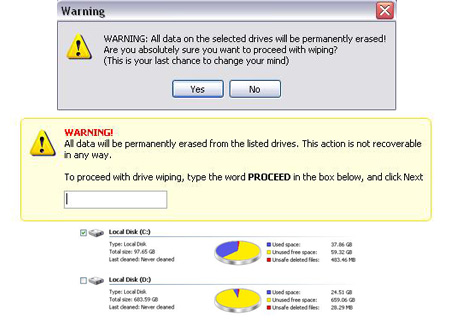 It wipes off any drive clean without leaving trace of previous files.

The UI is intuitive and there are security prompts before users can decide over carrying out any operation.

Laptops or desktops with OS recovery partition and software may require the operating system to be reinstalled via CD or USB.

For some unknown reason, a corrupted MKV file couldn’t be incinerated.

Performance-wise, the Drive Scrubber software completed every task effectively. Based on the standards specified, the tool does keep itself up to the mark. Although the first view appeared a bit disappointing as there were only three options presented, its smooth operation made up for the drawback. Taking count of all aspects, we rated the iolo Drive Scrubber software at 8 out of 10.