The Intex Aqua Slice smartphone has made its debut in India just a couple of days after the company officially launched the Aqua Y2 Pro smartphone. While the latter device is a super affordable one priced at Rs 4333, the latest release carries better hardware and costs more as well, at Rs 7990.

The Intex Aqua Slice, however, isn’t as alluring as the Y2 Pro. For the price you’ll be paying, the phone offers a 4.5-inch FWVGA IPS display on the front accompanied by a 5MP camera for video calling and taking selfies. 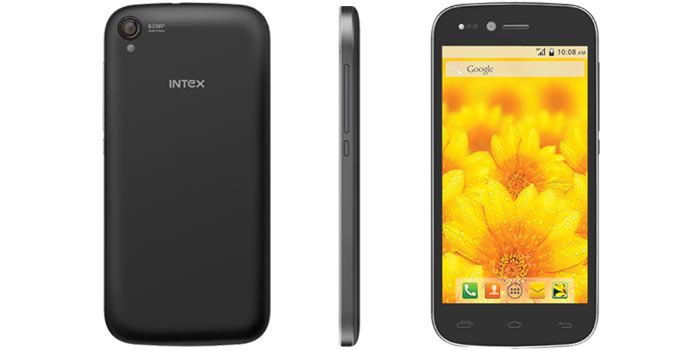 There’s even an 8MP rear sensor with AF and an LED flash, which should be capable of 1080p video capture. Coming to the innards, the smartphone gains steam from a 1.3GHz quad core processor. It sports 1GB worth of RAM, 8GB worth of internal storage and a microSD card slot.

The Aqua Slice is more or less similar to the Android One smartphones in terms of size and hardware. The main difference is that the latest release offers better cameras, more storage, but a lower capacity battery of 1650mAh. The power pack is estimated to deliver around 6 to 7 hours of talk time or up to 220 hours of standby.

Here’s a quick roundup of the Intex Aqua Slice’s specifications:

The Intex Aqua Slice has so far only been listed on the company’s website, but it should go on sale in the coming days.