The Intex Aqua Star L has just been launched into the Indian market with nothing less than the latest Android 5.0 Lollipop OS onboard. And this impressive new device is set to be made available at just Rs 6990.

The Intex Aqua Star L is to be made available for purchase only through Snapdeal, but there’s no word on when that will happen. But interested parties can expect it to arrive on the e-retail site in the days to come. 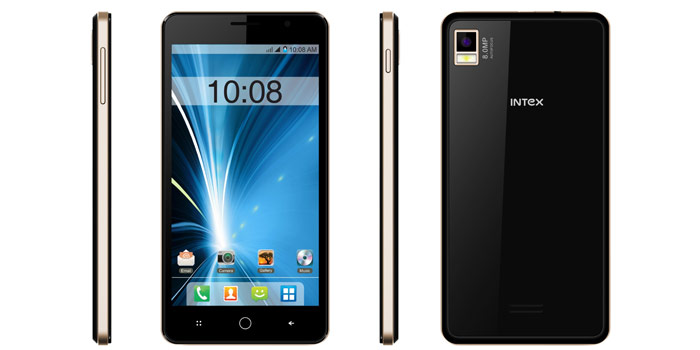 The main highlight of this Intex phone may be its software, but the company hasn’t hesitated to equip it with some exciting mid-range hardware as well. This fresh device displays its visuals on a 5-inch panel bearing a resolution of 854 x 480 pixels.

There’s a quad core processor of undisclosed make toiling inside it at a speed of 1.3GHz. This CPU is backed in its operations by 1GB worth of RAM. 8GB of storage space is present on the Aqua Star L, while there’s even a microSD card slot on it for further expansions.

Also Read: Xolo One Android smartphone gets its Lollipop update as promised

The 3G-capable dual SIM Intex handset possesses an 8MP rear camera and a 2000mAh battery pack as well. Lastly, for selfies and video calling, it houses on itself a 2MP front-facing snapper.

Here’s a neat look at the specs of the Intex Aqua Star L:

Snapdeal will be the only place from where you’ll be able to buy the Intex Aqua Star L once it is made available in the coming days.